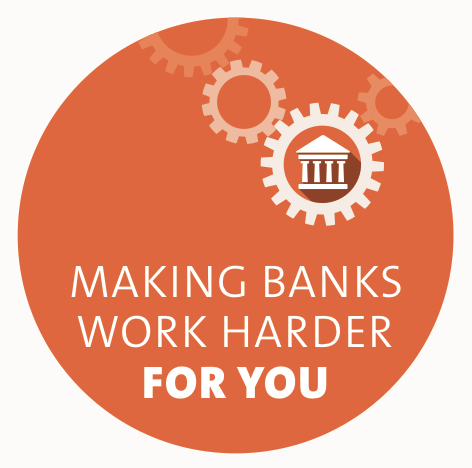 Overdraft warnings are one of the fixes the UK’s Competition and Markets Authority has brought in as part of its retail banking investigation.

As reported in ye olde 2016, the CMA unveiled its plans to make banks “work harder for customers” and ensure the “benefits of new technology are fully exploited”.

In a new blog / brag / summary by Colin Garland, director, remedies, business and financial analysis at the CMA – he outlines its activities.

For overdraft warnings, customers with personal current accounts will now receive alerts, usually a text message or a warning provided via their banking app, when they are about to slip into an unarranged overdraft.

Garland says: “We have already demanded that banks introduce a monthly maximum charge for using an unarranged overdraft and required that they are clearer to customers about the price of an overdraft or loans.”

In terms of transaction history, personal and business customers will be given up to five years of their transaction history when they close their account. This means they no longer need to be worried that they might not be able to get hold of old information when they need it, “a concern that can stop people from looking for a better deal or switching banks”.

SMEs get some love as they can take out a business loan thanks to a new loan price and eligibility tool that is being launched by four banks: RBS, Lloyds, HSBC and Barclays. This will help SMEs to understand the costs of taking out a loan. And they “can shortly be accessed by other business, which could help drive innovation amongst comparison sites”.

As reported a few days ago, trade association UK Finance unveiled a streamlined checklist included in a new online guide. It worked with 18 business bank account providers to agree the basic set of information that each bank needs from new customers. The CMA adds that it is insisting business current account opening procedures are standardised.

These measures build on other changes introduced such as open banking, which began its roll-out three weeks ago.

In the Autumn, the second stage of the Nesta Open Up Challenge is due to complete. This is a competition to promote competition in the markets for business current accounts, credit, and financial automation and intelligence tools. The final prizes are expected to be announced in November this year.