Mission to Mars: or how I manage to make everything about fintech 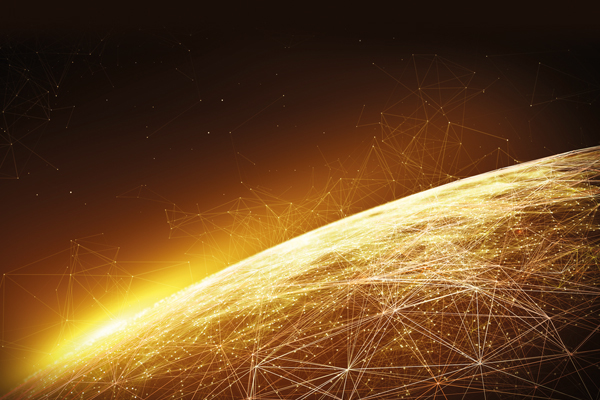 “You can’t eat abstraction, but you can’t build without a dream and you won’t eat if you don’t build.”

It seems to get some folks mightily worked up and on some level I can see why. But here is why I don’t agree: there is this one scene, in the West Wing (because everything you need to know in life including every smart thing I have ever said in the workplace, is found in one slick box set.)

In this scene a public school teacher corners the White House operative – Malory to Sam Seabourne, for the Faithful among us. And the episode is Galileo. And no didn’t need to check that, if you think that’s sad I guess we will never be friends.

So the teacher turns on the representative and defender of a decision to invest in space exploration, asking why would you spend money we desperately need elsewhere to explore space. Why would you not put the money in education, healthcare, crumbling essential services.

And this fictional character gave the most compelling answer I have ever heard.

Because it is the thing we don’t yet fully understand, arrived at through the understanding of things that were once also Unknown. And that is what humans do. Or at least that is what we aspire to, on a good day.

We can’t all go to space. I am claustrophobic and terrified of heights. Nobody wants me in that capsule with them. Also, having read the Martian, I realise I have zero survival skills. Leave me on Earth when the time comes, my heart will soar with you.
We don’t have to go into space to allow the momentousness to mean something.

And since I have the uncanny – and deeply boring, as party tricks go – ability to make absolutely everything about fintech, here is what doing right by humanity looks like, sitting at our desks.

You can’t eat abstraction, but you can’t build without a dream and you won’t eat if you don’t build

If Elon Musk eradicated homelessness in America, as the twitterverse suggested, instead of investing in space exploration, there would still be homeless people in the rest of the world and there would soon be new homeless people in America, runaways and people all out of luck falling between the cracks. There is no definitive solution, only societies pulling together and weighing decency against prosperity again and again.

Pushing the boundaries of human knowledge feeds nobody. But it serves the whole of humanity. It makes us all smarter, humbler, better able to reflect, collaborate and act. It shows what conquering the recently impossible looks like. It creates a ripple effect of energy. It makes people believe. And faith makes people act.

When we choose to act nothing is out reach, not even eradicating homelessness.

If only we could keep our eye trained of just how much is possible and how much else would be possible if we tried to make it so.

Even those of us working for the big boys are empowering the little guys with every single thing we do, in ways big and small. It’s not glamorous, but it’s impactful. And every now and again we get our own Mission to Mars moment – allowing the unbanked farm labourer to access credit, enabling the migrant labourer to keep more of their hard earned cash while sending help home, making everyone more financially literate and less afraid of the authority behind the bank.

We get that moment that reminds us “better” is possible. And we are part of it.

We go forth knowing not what we shall find

A lot of time and money, a lot of planning and a lot of heart has gone into this mission. I don’t know that for a fact but I know it implicitly.

I know how much bleeding effort it takes to get an analytics pilot approved in a global bank so, by any measure, the toil that goes into these forays into the unknown is huge. Resources, time, money and talent are committed and frustrated in the pursuit of an answer that may be unsatisfactory. And that is ok, because the only thing worse than not knowing, is not trying to find out.

Not being funny here, we just fired a rocket to Mars. Are you really telling me you will chicken out from going to the board for the ninth time to push for that coveted green light for whatever small rebellion you are plotting?

It’s not big. But it’s next. And you are behind the wheel. So drive.

Changing the world may not change your life

I read an article recently about how Elon Musk’s net worth or indeed his holdings’ financial performance are not the right metric of success when it comes to assessing the impact of the truly transformational businessman who is not just catering to a bottom line but is actually, time and again, changing the world.

And this is not “flash in a pan”, blip-swallowed-by-entropy change. This is a real transformational paradigm shift: before and after stuff. So what if it doesn’t make money?

In Elon Musk’s case it is making money. And yet I will challenge anyone who suggests that even his more commercial projects were driven by return on investment (ROI) calculations.

Plus, in our little fintech arena, the point holds true in stark and painful ways. The vast majority of the thinkers and workers and innovators who bring transformative ideas to life in fintech, will never be millionaires. If unicorns are hard to find, as an investor, they are even harder to build. The vast majority of people who will push the boundaries of our understanding in fintech, will never make money out of it. They will inspire transformative regulation, radical shifts in our relationship with money and those who safeguard it for us, but they will not necessarily win big in the process.

Some of the most inspiring technologists and business founders I have met, people who made me pause and go “oh my. That changes everything” either through something they built or through their ability to look at the same world as me and see something different and by seeing it, and calling it out, allowing both themselves and me to think about changing it… These guys are not rich.

They have changed the world. And my life. But not theirs.

And the truth is we have not been entirely honest with all the founders and entrepreneurs we have lured into the FinTech arena with seed capital and accelerators, incubators and startup challenges. We haven’t quite told them the truth. At least not the whole truth. It is true: we expect them to change the world. We expect them to blow our minds and show us what is next. We both expect them to be able to do so and we are ready for it to happen.

However, we haven’t quite admitted that, what may be in it for them, beyond the toil, is more a matter of chance than a matter of the thing they build actually working. We haven’t told them that they are guaranteed to change the world but that may not change their lives. Companies will fail. Day jobs may need to be sought out afresh.

And yet, listening to the language of human-centric egalitarianism, openness and interdependency that characterises the entrepreneurial half of the fintech circus, it doesn’t seem to matter.

And they are carrying us all forward because It is next and that is what humans do. On a good day.

Some will make money in the process and change their lives. Collectively they are all changing the world. And us with it.