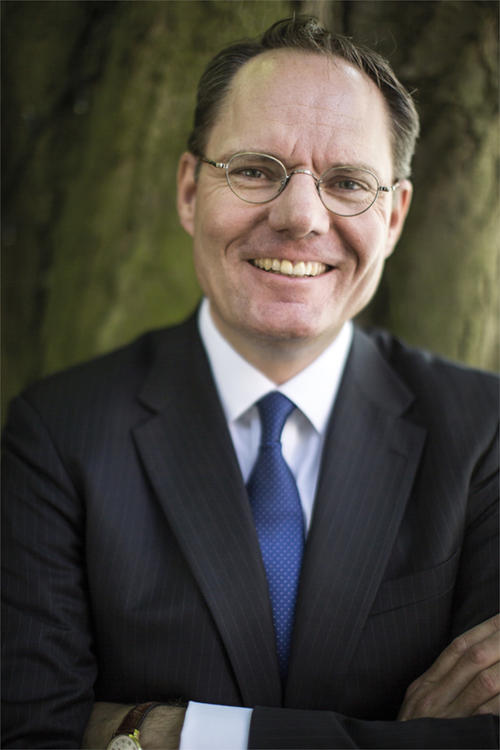 Following the fintech tour of Amsterdam, FinTech Futures had an exclusive interview with Udo Kock, the city’s deputy mayor for finance, to talk about expat centres, space and two trends for the future.

Any politician is going to bring a positive spin to what is on offer, but Kock is realistic and gracious about what makes the famous Dutch city attractive to those inside and outside the Netherlands.

In his eyes, it’s an “easy place” to hire new people due to the economic and cultural environment.

He says: “I can’t take credit – I’d like to but I can’t – but the city has been like that for a while. Amsterdam is a magnet for talent and businesses.”

There is also the issue of “physical connectivity”. From Schiphol airport, he says there are 48 flights daily to London. And staying connected to this theme, Kock adds that the city provides “digital connectivity” and is the second fastest in Europe.

Kock didn’t go into specifics on his daily role to improve the fintech scene, but he did highlight the work of his predecessor Kajsa Ollongren – who is now deputy prime minister.

“She initiated StartupAmsterdam. This is a collection of 35 to 40 initiatives to boost the ecosystem – especially fintech.”

This organisation looks to develop talent and attract capital. It also works with events; and as many of you will know, Money 20/20 will be in Amsterdam this year.

Kock adds: “On a bigger scale – and partially related to fintech – we do make it easier for international businesses to come to Amsterdam.

“I benefitted myself when I came to Amsterdam three years ago. I spent 15 years abroad and used IN Amsterdam [a centre for expats]. This is a one-stop shop where you can take care of your visa, registration, bank account etc. It can take 45 minutes to an hour to get things done.”

Kock is a member of Democrats 66. A social-liberal political party formed in 1966. Politicians are always up to something, so it was interesting to see if the party had specific plans for Zuidas – the city’s financial district. (Having walked and been driven around Zuidas, I know space is limited. But you can build up and down.)

He points out that “it’s not full yet and we have plenty of space in the years to come to build in that area. And you can of course go up”.

When, or if, Zuidas becomes full, he mentions there is an area with “lots of free space” between the airport and Zuidas, known as the Schiphol corridor.

“To illustrate this, Worldpay is there and Adyen is near to the central train station. There are other areas attractive to firms. Zuidas is pretty expensive for a start-up to be honest.”

Naturally he can’t discuss specific names of companies that may move to Amsterdam, but Kock says it’s talking to 100 firms and in “various stages of discussions”.

However, he is happy to reveal that the total number of fintech companies in the Netherlands has increased by 25% over the last six months. These include big and small, and homegrown ones.

Our readers may be sick of hearing about Brexit, but is Amsterdam trying to grab a slice of London’s market?

“London has a very good proposition and it’s silly to think following Brexit – and assuming it will be a mild Brexit – that thousands of companies will flee London and cross the channel to Amsterdam and Berlin. I don’t think that will happen. But it’s a fact that some companies will move to continental Europe.”

This didn’t come up in our interview, but a devil’s advocate could argue that an opportunity for London lies in divide and conquer. If all these European cities are fighting it out, it can still stay in its prime position.

While Kock’s remit is not just about fintech, he was prepared to look ahead at our lively sector over the next five to ten years. Predictions can be difficult, and even open to satire, but as throughout the interview he was lucid and concise.

“I think there will be two major trends. On the regulation front, pressure will increase for fintech, banks and other financial services providers. That’s a sign of the times.

“It’s tough for me to exactly predict where it will go, but for the role of traditional banks some people may eventually think they won’t exist five to ten years down the line. I don’t know.

“But what I do know is the financial sector, especially on the consumer side, such as payments, consumer loans and personal finance service, will change dramatically.

“I don’t know where I will have my bank account in five years. Will it be with the traditional bank or Amazon?”

It’s probably wise to say I don’t know in such instances. But judging by Amsterdam’s attention to fintech, its incentives and right noises, it seems to know what it’s doing to stay competitive.

This article is also featured in the February 2018 edition of the Banking Technology magazine.
Click here to read it – the digital edition is free!