“We are the most western of German provinces; the most Anglo-Saxon of countries due to our English language skills and our nearness to London; and the most southern of Nordic countries in terms of similar mentality to Danes and Swedes”.

This is one memorable way of describing the Netherlands’ abilities according to Don Ginsel, founder and CEO of advisory organisation Holland Fintech.

Fast-talking Ginsel was one of several people Banking Technology met as the local government invited us for a one-day fintech tour of Amsterdam on Friday (15 December).

Within the city proper, it has a population of about 850,000 – with a healthy multicultural mix. On my tour, I saw the financial district, Zuidas – literally the “southern axis”, for a walkabout first and then a chance to meet four firms who view the city very much as their home and a great place for fintech.

The elongated Zuidas is about three kilometres in length, and was first developed in the 1960s. It grew steadily, and the World Trade Centre opened a base there in the 1980s. In 1998, the city government got involved to promote it further. A year after that, ABN Amro put its HQ in the area. Other big names – such as Google, Deloitte and EY also have offices. As a bonus it’s about eight minutes from Schiphol airport by taxi.

As you’d expect for a financial district, it’s clean, functional and modern. But what you may not know is that it’s also a place to live. This means housing blocks and plans to develop 7,000 apartments. Not expensive homes for bankers, but places for anyone. In general, the area will have a ratio of 80% office space to 20% for homes.

Zuidas has two railway stations and one university. Near to that university is a “knowledge quarter”.  A place for innovation and to tap into young talent. As an incentive for people working in that quarter, 30% of their income is not taxed. Let’s face it, Zuidas is making the right noises and doing the right things to promote itself.

Of course, it’s not all fintech. 50% of the firms are involved in law and finance. But Zuidas’ message is that “tech is coming”.

With Brexit looming, the place reckons it can take some of London’s glory. You may recall that the European Medicines Agency (EMA) will move to Zuidas from London. Although that decision did come down to a coin toss with Milan. I kid you not.

What was good about meeting the PR staff for Zuidas, was their pragmatic nature. They said they don’t want everyone as “we don’t have the infrastructure”. They answered questions directly and jargon was nowhere to be found.

The first firm I met was independent Dutch broker BinckBank. It offers financial services in the areas of trading, investing and savings. It also has branches in Belgium, France, Italy and Spain.

They wanted to highlight the firm’s international nature and diversity – with most teams inside the bank having three or four different nationalities. And the language of choice for all business is unsurprisingly English.

In terms of its plans, it is “looking” at blockchain as believes there could be a “huge impact” on central counterparties (CCPs). But Clausing, like many others (such as the Dutch regulator), did warn about the use of Bitcoin – “it’s a gamble due to the number of hacks”.

On a more positive note, its new strategy will head towards automated asset management and the use of social media data for decision making. Robo-advice is popular in many places it seems.

Over at Axe Finance, it has a development centre in Tunisia, but opened its European HQ in Amsterdam in September. 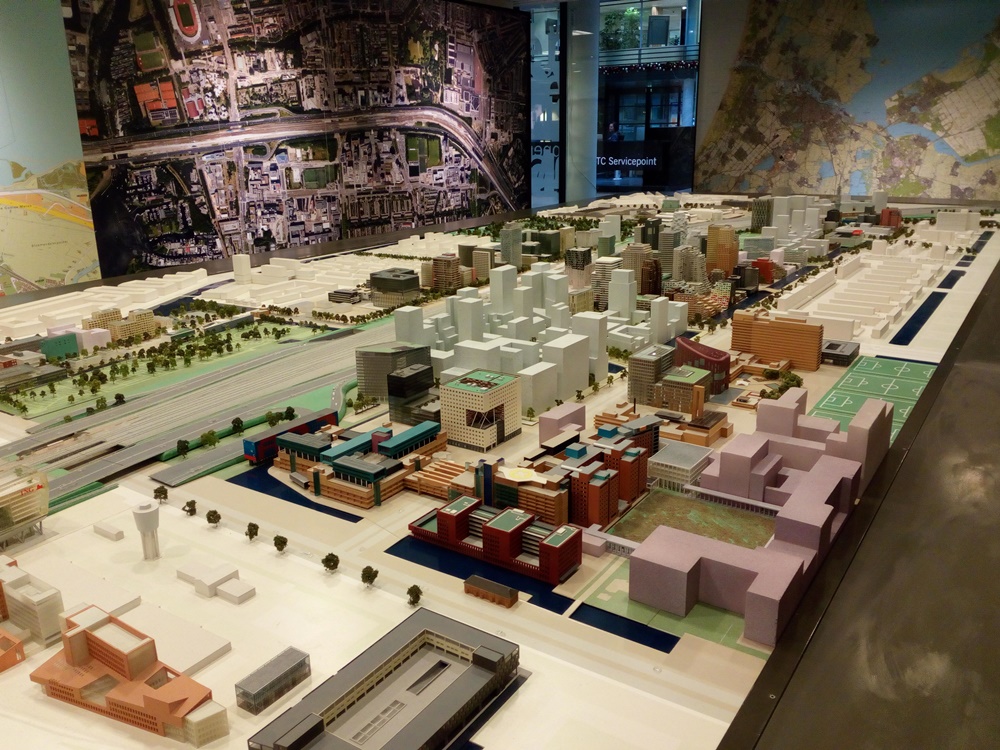 Jihed Hannachi, head of business development Europe, was very clear about why the city was its destination of choice: “It’s because of the ease of finding new talent.”

He adds: “Berlin is a good place for start-ups and Frankfurt for banks, but Amsterdam is compact.”

Axe Finance is also planning to open an office in H1 2018 in Singapore. Hannachi strongly believes that “banks are investing again in the corporate SME lending space”.

In fact, he called for some action for next year – “I would hope to see one start-up bank attack the corporate lending space to digitise it and shake it up”.

Ginsel grabbed the glory with the opening quote, and his Holland Fintech is also doing pretty well.

It was started in 2014 with four members. It now has 25 staff and 350 members – and despite the name, 75% of the firms are from the Netherlands. The organisation is revenue funded and acts as a “guide”, such as offering advice and helping people make connections. He calls it a “value chain game”.

Because he spoke so very quickly, we covered a lot of ground, and a lot of interesting stuff. Too much to mention unfortunately.

Other points of note included regulators could do more to help fintech and personal finance is a “major trend”.

“People don’t want to go to the factory – they want to go to a supermarket.” (This kind of financial supermarket opinion also came up in an April feature when Banking Technology interviewed Oliver Hughes, CEO of Russia’s Tinkoff Bank.)

PSD2 and Brexit are a “vacuum” – “the former because you can adopt it later – while the latter creates uncertainty”.

Bitcoin is a “bubble” and initial coin offerings (ICOs) are being drawn into the regulatory space. But blockchain is “separate” – and he stresses this – as “some people blur the two”.

Ginsel’s job is to keep his members (who can be traditional banks and law firms) “focused”. The idea is not to get complacent, and with his knowledge of the fintech scene I doubt that’s going to happen.

Last year, KYCnet was acquired by the UK financial services provider Equiniti and was renamed Equiniti KYC Solutions. It now has a team of more than 150, from 36 different nationalities, and plans to expand its staff to 300 people by 2019. Its customers include Bank of Ireland and Rabobank.

Equiniti KYC considered a move to the UK after its acquisition, but, post Brexit, decided to stay in its home of Amsterdam. That tells you enough I think. 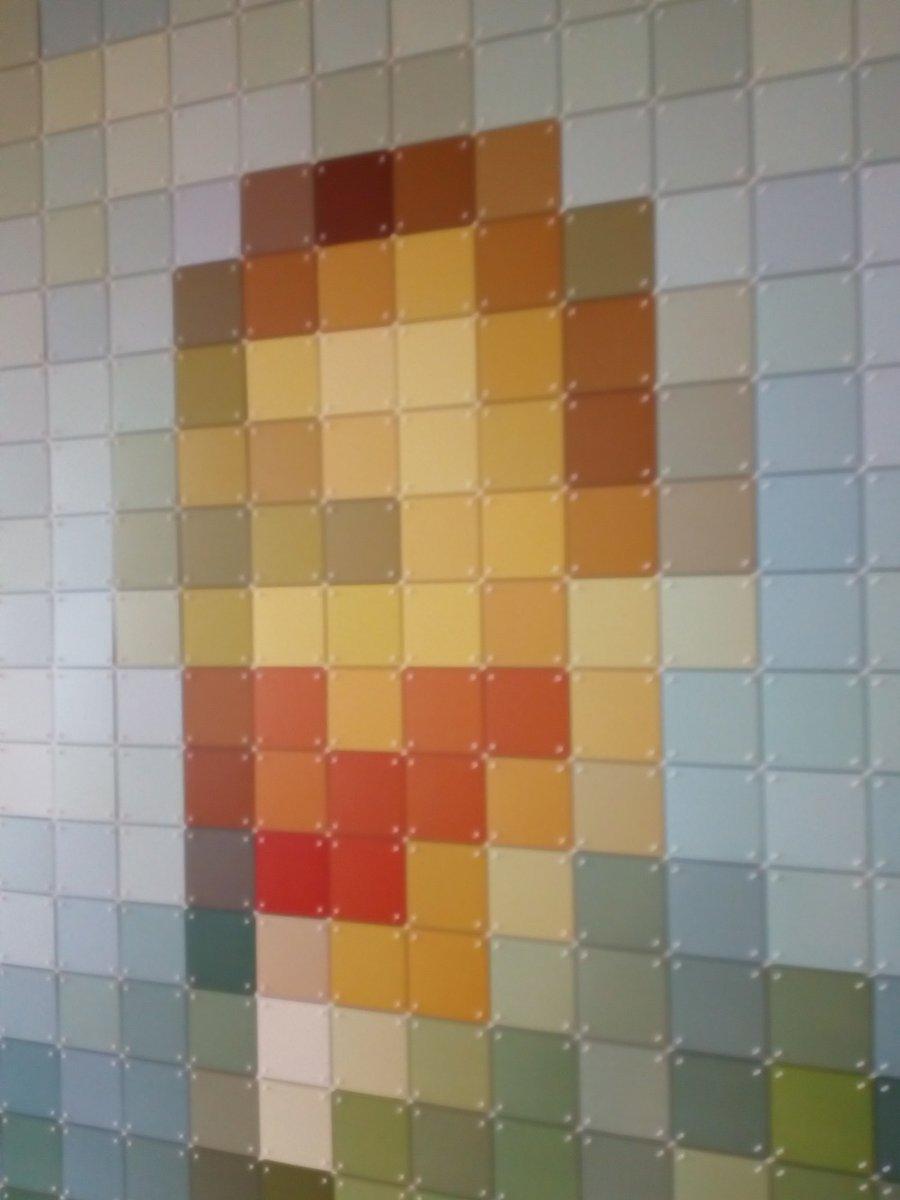 Even the office art has style

For Martijn Hartman, Equiniti KYC’s finance director, he thinks Frankfurt and Dublin can compete with London for finance and fintech. However, Amsterdam can “attract young talent”. It’s a good point as I noticed on my travels in Zuidas the incredible number of young people.

It offers “Know your customer (KYC)-as-a-Service” – and its next step is to automate its offerings more. Next year it plans to launch “KYC in a box”.

Equiniti KYC sees “digital identity at the core of long term KYC” – with banks “behind in procedures” and they need to make use of blockchain. However, Hartman and his colleagues think KYC in blockchain is some way off – i.e. ten to 20 years away.

In comparison to Ginsel above, they do see the Dutch regulator as “up to speed”. In fact, a few weeks ago, the regulator invited them in for a meeting to discuss their plans.

While Equiniti KYC perceive Amsterdam and Berlin as doing well – that opinion did not extend to London. It was interesting to note they didn’t seem that impressed. The company cites how it feels close to the banks in Amsterdam due to its “compact size”.

However, you could argue that in London – such as around the City and Canary Wharf – you can get within touching distance. (Back in July, Banking Technology published an interview with Ben Brabyn, head of London tech hub Level39, which is right on the banks’ doorstep.)

I’ve been to Amsterdam quite a few times and a lot of our readers will know it well too.

It would be a good place to live – plenty of shops, bars, cafes and cultural things to do – and there are no language barriers for English speakers. It’s a short flight or train ride from many European cities.

Compared to London, there is not so much traffic in terms of cars. And it’s all helped by Amsterdam’s love of cycling and a handy tram system. I spent the day being driven around, and we didn’t sit still for long.

Talking to the Dutch business people was very easy. They are quick, clever and refreshingly direct. That’s what we want in fintech – so we can all make money.

The Dutch have adopted a clever strategy to promote their finance and fintech scene. The idea is not to take everything from London, but for it to be shared with other rivals – such as Paris, Dublin, Berlin and Frankfurt.

Smart move. Let’s see if it pays off.