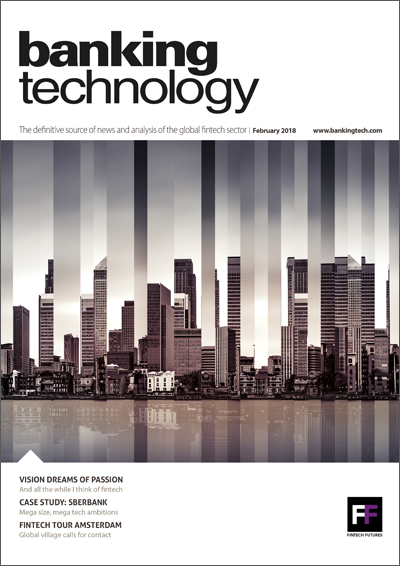 Vision dreams of passion. And all the while I think of fintech.

With the fintech industry being all the rage, European firms are spoilt for choice about where to set up their operations.

France and its capital Paris are putting a stake in the ground with the annual Paris Fintech Forum, which is said to gather over 2,000 delegates from 45 countries – with English (!) as the main language of communication.

French president Emmanuel Macron “shocked” the world, according to some media outlets, by addressing a European Union conference in English and switching between French and English at the recent World Economic Forum in Davos.

As a testament to France’s flourishing tech scene, SAP has pledged €2 billion investment into its operations there for its digital and innovation ambitions.

If you prefer a hub on a smaller scale, there’s Amsterdam – “a global village”, in the words of the city’s deputy mayor for finance, Udo Kock.

Or how about Lithuania and its capital Vilnius? The country’s central bank and regulator, Bank of Lithuania, has recently launched a regulatory and technological sandbox platform, LBChain, for blockchain testing.

It has also taken a number of practical steps to encourage fintech firms to set up shop in the country, including a three-month application process for an e-money or payment institution licence, direct access to the payment infrastructure of Bank of Lithuania, favourable visa regime and initial capital requirements.

Payments commentary
The ups and downs of cryptocurrencies.

Case study: Sberbank
No longer just a bank, but a tech company.

Comment: faure to fintech
What music can teach us about communicating the benefits of tech.

Comment
Immigration in the banking tech industry – a positive story.