Industry alignment or industry confusion – what is a financial institution? 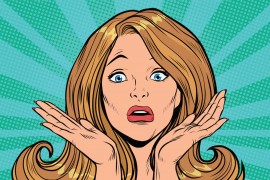 For as long as I can recall there have been presentations on commerce that always featured the classification of companies within industries that have led to graphics made up of “boxes” into which it was very easy to position any business.

Back then, it was easy to say one company was in transportation and another in insurance. It was easy too to simply look at the company name to know what business it was in – such names as NEWS, FedEx, Xerox, Kleenex became household names and all told a story that wasn’t confusing. However, today it is becoming increasingly clear that industry labels and market segment boxes that are so familiar to us are no longer telling us anything at all about where a company may be headed!

Turning to the pages of one of my best sources for story lines pertaining to financial institutions, Car and Driver, the January 2018 issue features comparison tests as the editors sought to identify the ten best cars for 2018. When comparing Mercedes Benz to Audi to BMW, “it hasn’t been long since the three luxury automakers’ portfolios were as distinct from one another as the numerous different types of German sausages,” one commentator wrote. “But now confusion reigns throughout the realm as the three, intent on grabbing market share, mount hostile raids into one another’s territories.”

When it comes to tech companies, retailers and banks much the same can be said today. There was a time not so long ago when a tech company making software was as different from one making hardware as they both were from bricks-and-mortar main street banks or shopping mall retailers. They were, within their type, every bit “as distinct from one another as the numerous different types of German sausages”.

When it comes to financial institutions including banks and fintechs, confusion too is beginning to reign. Reading the insights of one financial analyst or another, posting to the media, it is clear too that the lines separating once very distinctly different industries have become fuzzy and every bit as confusing.

Is Amazon a retailer or a tech company? Is Apple a bank? And what of Walmart – is it on a course to become all three? One agency that is catching on to the transformation is the European Union (EU) where just a few weeks ago, “the EU’s top court has ruled that Uber should be regulated like a taxi company,” wrote The Vox, an online news agency. “The court rejected Uber’s argument that it is a tech business whose main function is matching passengers with drivers. Instead, it ruled that the company should be classified as a transportation service – and that it needs to be regulated like one.”

According to The Guardian, “Uber had denied it was a transport company, arguing instead it was a computer services business with operations that should be subject to an EU directive governing e-commerce and prohibiting restrictions on the establishment of such organisations.”

Perhaps the EU isn’t alone in coming to terms with the confusion that is developing, but then again, bridging the worlds of tech and banking, for instance, are fintechs that are opening the door to more and more tech companies just as are retailers who introduced online shopping and e-commerce opened the doors to tech companies. And there is no confusion when it comes to e-commerce players, like Amazon, as they morph into tech companies.

The only question remaining is whether we truly need separation or well-defined boxes to define a business anymore. Obviously, there has been a plethora of regulatory bodies created to oversee the performance of those businesses inside the boxes and they will feel threatened with change, but are they really the only excuse we have for the boxes?

By chance I happened to be corresponding with Yash Kapadia, CEO of payment solutions vendor OmniPayments, who recalled that even among tech companies, the boxes existed. “You had very different business models for those selling products versus those selling service,” said Kapadia.

“You also had big differences between those vendors who were selling software versus those selling hardware. But today, those traditional lines are blurring as well. IBM still sells some hardware but not as much as it once did and now, it is more commonly associated with software – Watson is, of course, artificial intelligence (AI) and is mostly software. And yes, to be more specific, Amazon isn’t just software but really a services company and its cloud services operation is more akin to selling time on a service bureau than anything else.”

This is probably not the first post that has been written about fuzzy lines and the growing meaninglessness of boxes and the very fact that the morphing of well-known industries into something none of us could have anticipated taking place just a decade or so ago is really not surprising. Technology is changing everything – the speed with which fintechs have penetrated traditional banking businesses really shouldn’t shock anyone who has seen technology at work for banks.

The broader categorisation of financial institutions is neither surprising nor confusing, but rather an opportunity. To vendors like OmniPayments, it’s a godsend in many ways as the companies needing to process payments and any other type of financial transaction – traditional, virtualised, on-premise or in the cloud – is going to broaden right along with the tearing down of the borders that defined the box.

Yes, retailers are becoming tech companies just as tech companies are becoming banks and while brands may have little in common with practices, it isn’t a bad thing. While the dilution of brands may be breaking down the barriers that once categorised automobiles and hence, may not be a good thing for the consumer, the realignment that we see taking place across industries that once had only a casual relationship with financial institutions is a very positive outcome that can be directly traced back to technology.

There will be unintended consequences, naturally, as some financial institutions fail to realise the upside benefits and will miss the opportunity to bring new financial products to market, but overall, the more industries morph and overlap and add-value to their relationships with their customers, the better.

And take it from me, as I promise such confluence and the positive outcomes that flow from it, is something that you can well, drive to the bank!