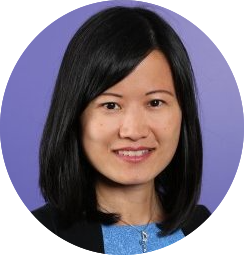 Yu comes to Clinc most recently from Marketo, where she served as group vice-president. While at the marketing software firm, Yu led the enterprise business from 5% of Marketo’s ARR (annual recurring revenue) to 50% within three and half years before the company was acquired by Vista Equity Partners in an all-cash, $1.79 billion deal.

An Athena pioneer, the founder and CEO of the Tigon Advisory Corporation, as well as an advisor for Jebbit and the C-Suite Accelerator programme, Yu studied at Cornell University and has a MBA from Loyola University in Chicago.

In November, the company announced that its technology was live in six countries, including Turkey, where the nation’s largest private bank signed a deal to deploy Clinc’s platform.

Also last fall/autumn, Clinc announced a partnership with Enacomm to bring its AI chatbot technology to smaller, community banks and credit unions. 2017 also featured a deal with USAA  and the closing of a $6 million Series A round led by Drive Capital that took the company’s total capital to $7.75 million.