Regtechs all the rage in Accenture’s latest innovation lab 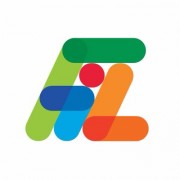 Regtechs at the ready

Regtech start-ups that offer solutions for financial regulatory requirements will join Accenture’s sixth fintech innovation lab London in their own dedicated stream for the first time.

During the three-month accelerator programme, regtechs and other start-ups will be partnered with executives from banks and insurers to fine tune and develop their technologies and business models.

Accenture says it launched the regtech stream in response to an increase in the number of start-ups offering solutions for compliance in a year in which the financial services industry faces “unprecedented levels of regulation”.

Among the new regulations this year are PSD2, GDPR and MiFID II, the latter of which went into effect last week – all before structural banking reforms, with ringfencing, are implemented in January 2019.

According to Accenture, the 20 companies on this year’s shortlist come from the UK, Israel, Croatia and South Korea. They offer potential solutions to various issues, including:

“The risk of non-compliance is what keeps financial boards awake at night,” says Julian Skan, executive sponsor at Accenture. “It’s a pivotal moment for technology solutions to help banks and insurers not just to meet the needs of regulators, but make the most of the digital economy.”

Here is the shortlist of start-ups by financial services sector.

Eight of the 20 shortlisted start-ups will go on to present to venture capitalists and executives at the programme’s graduation day on 22 March 2018.

Accenture and a dozen banks launched the lab in 2012, with support from the city’s mayor and other government bodies. Since its launch, Accenture says 56 start-ups have participated in the London lab, securing more than 50 contracts with banks and creating more than 800 jobs.