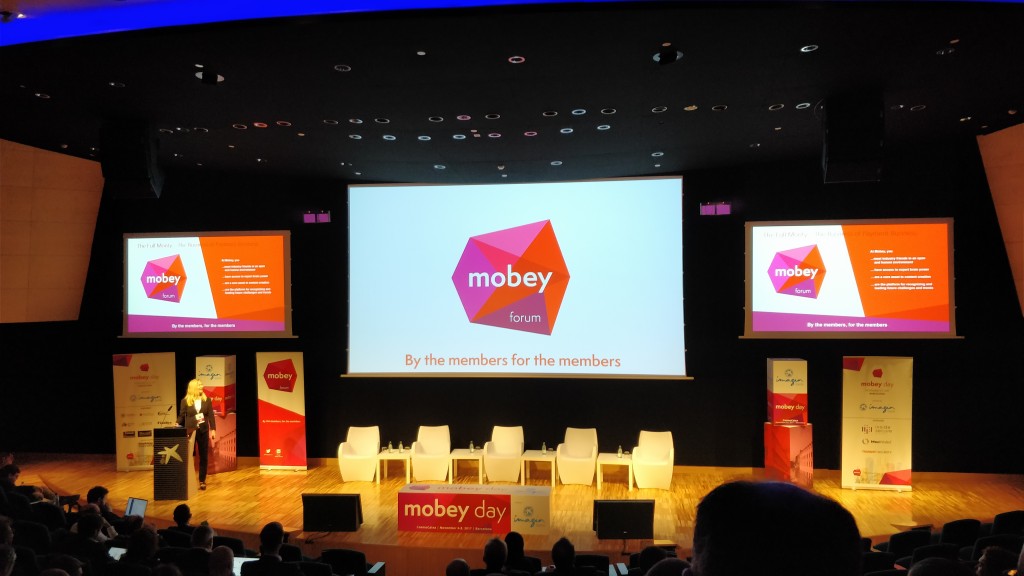 This year’s Mobey Day continues with the consistent collaboration between banks, start-ups and fintechs. Focusing on the development of technology during a time of disruption, the biggest players drew attention to leading in future challenges and trends.

Taking place in the warm, clear blue skies of Barcelona, Monday’s Mobey Day (6 November) was at the CosmoCaixa, the city’s natural science museum. There, attendees listened to and saw presentations and panels on, as said by Maikki Frisk, Mobey Forum’s executive director, the “business of payment business”.

The day kicked off with presentations from imaginBank, Nordea, G+D Mobile Security, Tieto, Automatia and Token.

After the introduction from Frisk, David Arranz, imaginBank’s business development director, spoke about embracing the technology of the future and how to utilise it to achieve company goals.

Seeing the whole market as potential, competition can be good for business. Even in some cases, by using imitation, companies can create, measure and learn. Also, by learning customer behaviour, doors can open to partnerships.

In the case of imaginBank, analytics showed its best customers were women aged 25-35 and its online application process allows the bank to know where they are living, working and travel. In partnership with Honda and an integrated API through imaginBank, the customer can be offered direct insurance, because of their transaction history of purchasing bike insurance.

Tieto and Automatia, in their shared presentation, talked about the move into real-time mobile payments with its platform, Siirto. This included person-to-person (P2P) and how cash is declining in the Nordics and by facilitating services and providing banks different service layers. Both can be used to create an open PSP (payment service provider) ecosystem.

Blockchain and the strange love for DLT

With its move to levelling the playing field, Jacob Groth, Nordea’s head of mobile payment solutions followed on to talk about the launch of its PSD2 APIs.

In Nordea’s eyes, the biggest thing since the internet was the growth in financial related APIs. Now, with innovation by co-creation it establishes a connection and an option to explore opportunities and go in with an open mindset.

It’s a reason why Nordea is creating a marketplace for solutions to bring core services “faster and cheaper to the market”. This allows third parties to come in, support and bring in very different types of people.

Ville Sointu, head of DLT and blockchain, at Nordea, also brought his own presentation later, with his talk on how they learned to stop worrying and love DLT (distributed ledger technology). Yes, based upon the classic Kubrick movie.

That presentation focused on the emerging rise of Bitcoin, with many previously believing it to be a Ponzi scheme – even the central bank of Finland saying it will fail. Well, times have changed.

Sointu discussed how blockchain can be utilised and how banks’ fear of missing out (FOMO) is united under a shared cause. Just like Nordea’s PSD2 APIs, the move to means that new products can be built on the premise that DLT will grow to create efficiencies in existing payment systems.

Next wasn’t much of a “heated” debate, but rather a collective agreement of the disruptive potential future of banking and how it won’t be around for much longer.

Lead by Francesca Maria Terrell, head of product management at Ikano Bank, they were joined by members from BeeOne, Deutsche Postbank, Aktia Bank and Nordea.

To kick off the discussions, a poll was a raised for attendees to cast a vote on which areas will collaborate with other ecosystems and will have the most impact for institutions.

As voting commenced, two key areas took the lead instantly: customer services (41%) and product and services (40%). With sales/distribution ranked lowly (13%) and barely any votes towards regulations and compliance (6%).

Unanimously, members of the panel agreed with the results. For product and services, the answer was simple: if you can’t adapt, you’ll be out. With third party providers, banks will eventually become financial data providers, leading to a mindset change for payments, loans and cards.

When it came to the talk on sales/distributions and regulations, this topic wasn’t discussed much. Banks and fintechs have their own way forward on how to proceed with distribution, and this includes putting products in the hands of the customer.

As for regulations, well, this was little spoken of and by seeing the results of the poll. Since the end goal is sales, the panel agreed that regtech isn’t as important.

The closing comments from all the panellists was a common message that it’s an “exciting time” for the future, building upon the foundations and to look inside the organisations to seek new solutions to the problems of the past.

Tokenisation and getting heads out of the sand 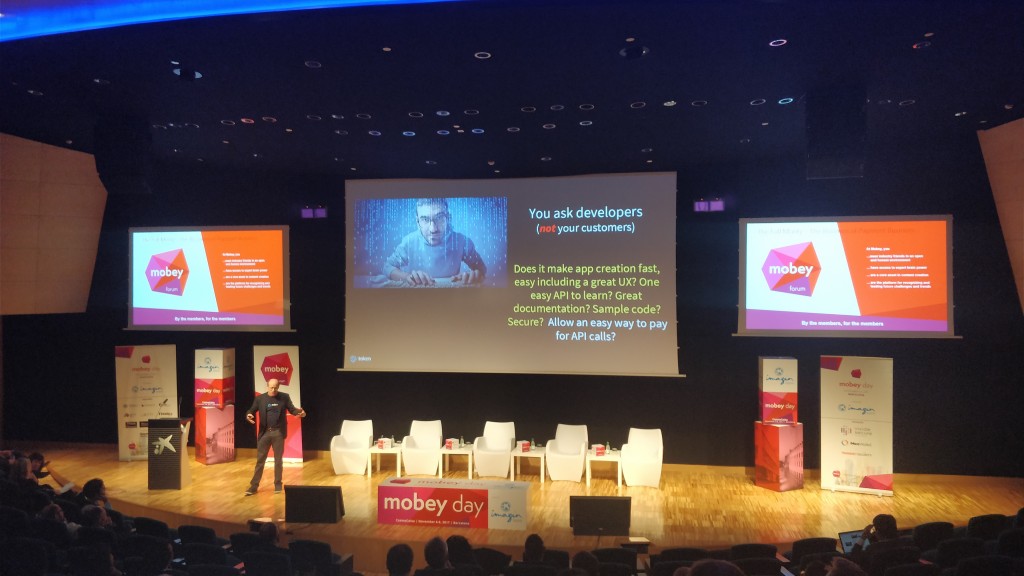 In the hands of the developers, not customers

Finally, both Jukka Yliuntinen from G+D Mobile Security, and security and identity expert and inventor of the optical mouse, Steve Kirsch, discussed the importance of tokenisation and open banking opportunities.

Yliuntinen explained it was necessary to embrace the revolution of payments. Showing the main drivers for new business models and payment offerings. The statistics showed that 54% of customers say “convenience” is the reason for using mobile payments, with millennials being the highest among as the next generation of mobile banking users.

With the increase of tokenisation within banks, the scalability of other options can be utilised beyond bank cards and into IoT (internet of things) – wearables, connected cars and e-commerce wallets.

However, when it came to security it was described as the “silver bullet” with 1,935 security incidents in 2016, 24% of financial organisations were affected.

To ensure the safer use of tokenisation, security is not only the priority it’s also innovation and the improvement of a user-experience that is agile and cost-efficient.

Kirsch brought to the table a different take on the situation. In agreement with the previous presentations. The biggest topic for Mobey Day has been PSD2 and how it will be a big change. With PSD2 mandates for open banking for all EU banks by January 2018, many banks are still behind.

With a background in software development as opposed to banking, Kirsch says banks need to do two big changes – service delivery by a real-time API and second, more importantly, make a mindset shift.

By comparing chess to banking, the secret to winning is making the best possible move.

Since the rise of the internet, companies instantly looked at the business use. For the internet, it was email and file transfers. When it comes to open banking, it’s the developers who need to be put first, not the customer – something very subjective among banks. However, if pursued, the development of a universal, multi-adaptive API will lead to a better platform.

An example of this was the rise of iOS and Android with tools catered to the needs of the developers. Still, no one app will drive adaptation, it’s too unpredictable.

By the end of the day, the Mobey Day was another successful venture into discovering the right trends, following through and learning from mistakes.

Banks and those within the fintech industry need not worry about the fear of missing out. After all, there will always be disruption, a new kid on the block or a new piece of innovative technology which puts banks on edge.

As they say, to succeed, you must improvise, adapt and overcome.

Next year’s Mobey Day is taking place in March and will be hosted by Diebold Nixdorf in Utrecht, the Netherlands.