Bring on the money drones 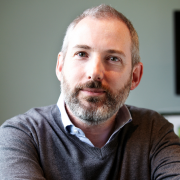 Following testing by Russia’s largest bank, Sberbank, to deliver cash to clients using a custom-made drone, the arrival of more frequent cash deliveries by drones look to be just around the corner, with reports suggesting as early as the end of 2017.

The pace of change across every industry is accelerating faster than ever and sectors that used to be held up as beacons of technological advancement are struggling to keep up.

Take the automotive industry. The rise of Uber, shared ownership, electronic power, artificial intelligence (AI) driverless cars and ever-rising customer expectations all signal huge change for the industry.  Mary Bara, CEO of General Motors, has has indicated her company’s willingness to embrace change, suggesting that the car industry will change more in next five to ten years than it has in last 50. But despite her willingness to embrace change, her company’s huge economies of scale and the boots on the ground all over the world, the company is still less valuable than Tesla.

In retail, Amazon, Ebay and the app store have redefined the experience of buying and selling. Today we take for granted a choice, cost and availability of merchandise that would have been completely unthinkable even ten years ago. Supply chains, working capital and logistics have all been reimagined too. Amazon has employed tactics such as roving distributors, drop-zones and even drones to ensure super speedy delivery to the never satisfied customers.

And money is changing faster than anything else. Urban China has gone cashless in a matter of months. Elsewhere in the world mobile money services like M-pesa have helped to get hundreds of millions more people “on grid” financially. Even in the money transfer industry the biggest player in our industry Western Union has had to adapt from historically being a communications company for well over its first hundred years, to embracing the digital era. Time will tell if it’s too little too late.

So, in an age of smartphone ubiquity, and mobile money networks continuing to scale in emerging markets instead of cash, is there a need for money drones?

In certain countries there is definitely a case for it. The technology offers so much more than a great light show behind Lady Gaga at the 2017 Superbowl. Companies old and new are experimenting with drone deliveries in emerging markets. Check out Zipline whose mobile phone enabled service delivers drugs to remote hospitals in Rwanda.

We can certainly see the benefits; in the Philippines, our home delivery service is still very popular with customers sending money to elderly parents and relatives who increasingly hard to get out to a cash collection point.  A door to door money drone would be faster and at scale likely cheaper too.

Indeed, never has the technology shift been so acute as during the Ebola crisis in Sierra Leone. Whilst our cash payout locations were mostly able to stay open, cash shortages became acute as money central cash distribution points were unable to get money out into the field.

Since Milton Friedman coined the term ‘helicopter money’, economists have long debated its benefits. Maybe it’s the UK where the real use-case lies.. With the UK’s weak growth prospects and flirtation with populism and isolationism, maybe a few billion released from the money drones is the answer.

By Michael Kent, CEO and founder of Azimo