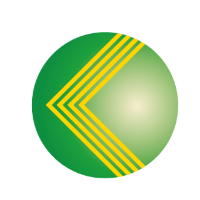 Bank of Khartoum moves into UAE

Path Solutions is a long-standing tech supplier to the Sudanese bank, but says for the latest project iMAL “was selected over international competitors’ systems”.

BOK focuses on products and services for corporates and high net-worth individuals, based on Shari’ah principles.

In August 2017, the bank was granted the final operational licence by the Central Bank of the UAE “after fulfilling all requirements” of the initial provisional licence that had been granted in April 2016.

From Sudan to Pakistan

Path Solutions has had a busy year.

Sudan-based Faisal Islamic Bank is modernising its core banking software with iMAL. On the way out is the legacy decentralised Pentabank system, supplied by Financial and Banking Systems (FBS), a local tech vendor.

However, earlier this year an iMAL user in Pakistan – Burj Bank – was acquired by Al Baraka Bank and its operations were migrated onto Autosoft Dynamics.