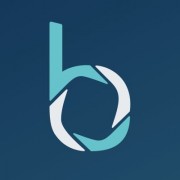 The continued rise of mortgage technology is set to be one of the biggest fintech success stories of 2017, Julie Muhn, senior research analyst at Finovate (Banking Technology‘s sister company), predicted earlier this year.

With news of a $100 million investment in Blend, a start-up that specialises in making the mortgage process easier for bother lenders and borrowers, it looks like her prediction is right on track, writes Finovate.

“We’ve found a great partner in Greylock,” says Blend’s CEO and founder, Nima Ghamsari, “not only because they’re one of the top venture capital firms in Silicon Valley, but also because of their history of success in helping take technology companies to the next level.”

Joining Greylock in Blend’s Series D round were Emergence Capital, Lightspeed Ventures, Nyca Partners, and 8VC. The funding brings the company’s total capital to more than $160 million and gives Blend an estimated valuation of $500 million.

Blend plans to use the additional funding to grow its staff, expand beyond the US, and explore opportunities to bring its technology to other lending products. “The opportunity for our technology in the $40 trillion consumer lending market is huge, but the industry won’t change overnight,” Ghamsari wrote. “To realise our goals, we need to continue scaling and bringing together the best talent, partners, and backers to get us to the next level.”

Blend’s funding announcement comes with news that the company has partnered with Wells Fargo and US Bancorp. Both banks will use Blend’s technology to speed up the mortgage application process and better compete with rivals like Quicken Loans.

US Bancorp believes Blend will enable the bank to reduce the mortgage application process by as many as five days and that the timeline will eventually be “sliced in half”. Wells Fargo, which began working with Blend late last year, expects to introduce its new, Blend-supported, mortgage product nationwide in 2018.

Blend was founded in 2012 and is based in San Francisco, California. The company says it has tripled its user base since January 2016 and processed more than $30 billion in mortgage applications this year alone.

Last month, Blend launched its native mobile app, making it easier for loan officers to manage requests and applications from their mobile devices.