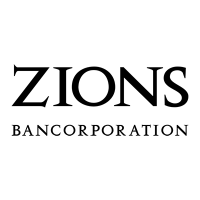 Utah-based Zions Bancorporation has gone live on TCS Financial Solutions’ Bancs core system with the transition of its consumer lending business over to the platform.

The core transformation program, titled “FutureCore”, is divided into phases and consumer lending for the seven affiliate banks is the first phase to go live, with other phases to follow.

Scott McLean, president and COO of Zions, says the implementation represents “our first step toward having a fully integrated core loan and deposit system” and is “foundational to our digital transformation objectives”.

Zions signed for TCS Bancs (version 14) in late 2012, becoming the first taker of this core system in the US. It is understood Infosys was bidding for the project too, with its Finacle core system, but lost out to TCS.

The core systems implementation effort at the bank began in 2013, with an expectation to span five to seven years. On the way out are are a number of legacy systems, including the TriSyn core supplied by US-based Infor.

The reduction in commercial lending operations centres – from more than a dozen locations to two – intend to simplify the implementation of Bancs. Zions is also replacing its commercial lending front-end systems, with a project underway to replace a number of legacy loan origination applications with an offering from Linedata Capitalstream.

Also, to facilitate effective interaction between the Zions and TCS teams, the participants have been engaged in “cultural sensitivity” and “team building” training. Schlenz regards this as a vital component of the project, as from the outset, the bank was aware of the cultural differences of Zions’ eight affiliate banks and the implementation risk that such a structure would present.

There have been a number of other deals for TCS recently.

Australia-based MyState Bank has moved onto a single core banking platform, replacing two separate installations. The solution is understood to be TCS Bancs.

While in April, Reserve Bank of Australia (RBA), the country’s central bank, made a decision to overhaul its core banking technology with the TCS Bancs system.