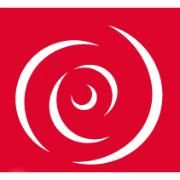 “Not all of the start-up collaborations come to a conclusive end, that is part of how you develop an innovation strategy.”

The partnership between central securities depositary Euroclear and Paxos for a blockchain-powered gold settlement service is over, according to Reuters.

As Banking Technology reported last year, the pair completed their first pilot for the service for London bullion – with a go-live planned for this year. Over 600 OTC test bullion trades were settled on the Euroclear Bankchain platform over the course of the two-week pilot.

Christine Vanormelingen, global head of communications and investor relations at Euroclear, says in an interview with Reuters, it will no longer be working with Paxos on the project.

“Not all of the start-up collaborations come to a conclusive end, that is part of how you develop an innovation strategy,” she says. “We remain committed to offering a solution to the London bullion market.”

Paxos says it plans to push ahead with its platform without Euroclear, with a launch set for 2018.

While this partnership may be over, there are other blockchain initiatives happening. At the same time as that pilot, ICAP, a UK-based financial services firm, jumped on the bandwagon and got ready to process foreign exchange (FX) trades on blockchain.