Digital currency: the future or the biggest flop? 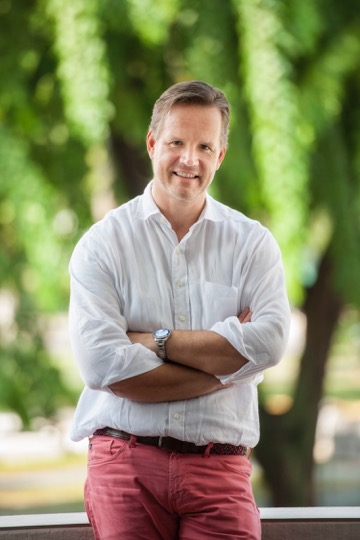 Carl Freer: digital currency – what you need to know

As things get disrupted within the financial world with new tech, it’s no surprise that the way we use currency is being affected as well. In February this year, Numerai – a new kind of hedge fund built by a network of data scientists – started issuing a new digital currency. Its aim? To turn Wall Street into a place where everyone’s on the same team.

From Bitcoins to even newer (and lesser known, but rising) forms of currency, will this level the playing field for people in the future, or is this all just a sham that will die down? As things get digitised, what do we need to know about digital currencies, and does this mark the demise of traditional forms of currencies?

What you need to know

To help you navigate in the world of digital and cryptocurrencies, here is a quick list of important points you need to know:

Beyond the obvious in regards to value, there are three main categories to be aware of:

The most commonly known is of course, Bitcoin. Coming in at a close second is Litecoin, which is actually accepted by some retailers, such as New York-based eGifter, and Benz and Beamer auto dealership. Someone actually purchased a Tesla Model P85 ($90,000) using 5,447 Litecoins. Other types of cryptocurrencies include Peercoin, Ripple, Mastercoin, and Namecoin. However, if you ask what the main differences are between them, you’d be hard pressed to get an answer – these cryptocurrencies often replicate other versions, with no real improvements. For example, Litecoin was inspired by Bitcoin and in many ways, almost identical, save for the fact that it was created by using open source design.

Experts suggest putting a some aside if you have them and see what develops within the coming years, as there will be regulations on the currency soon. With growing interest from investors and businesses, it looks set for growth and adoption. However, it will not happen overnight and is likely to take some time. The environment will need to stabilise as governments, various international communities, and people on the internet decide on how the next generation of currency will transition to a digital world.

The future of digital cash is uncertain, as the biggest hurdle faced by this space is volatility. For example, recent reports suggested that Bitcoins bombed, dropping to more than 12% to $2,185.96. Bitcoin slid to its lowest for the month on 15 June 2017, amid a broader sell-off in digital currencies. It hit a low of $2,162.23, but then recovered and bounced back to almost $2,366. It is now reported to have rocketed to $3,000 a coin. The currency has more ups and down than a drama serial.

Why is this so? Bitcoin shares a trait associated with diamonds, gold and other precious metals in the sense that it is relatively rare. The algorithm that controls Bitcoin production has a cut-off date of 2140, after which no more bitcoins will be added to the world economy. Naturally, a scarce asset makes it an attractive investment, but it also results in a volatile market. As shown by recent reports, Bitcoins aren’t exactly had a smooth ride to riches.

So will traditional forms of currencies die? Not anytime soon. The first step is to get everyone comfortable with cashless paying systems, which in itself, has a surprisingly slow rate of adoption, despite what ApplePay and Visa’s PayWave would like you to believe. However, once the path is paved for this, the next wave may well be digital cash adoption.

By Carl Freer, a Swedish businessman and technology entrepreneur, founder of Tiger Telematics (which created the handheld game console Gizmondo), founder of Aluminaid (medical-device company) and author of several patents.