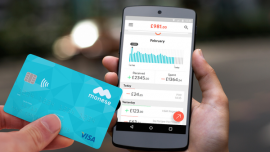 UK-based digital bank Monese has expanded its current account service to 19 countries in Europe, enabling customers to open bank accounts and “bank like a local”, even if they are not a local resident.

“European accounts will be available in local languages, allowing people the clarity that speaking your native language brings,” Monese says.

“Customers will be free to move anywhere in the Eurozone, safe in the knowledge that their local bank account will be accessible and usable consistently via the app.”

The bank says over 75% of its customers who have GBP accounts are using them to receive their salary. Users will be able to sign up for a euro account via the app, in addition to a GBP account.

“Individuals working in different European countries will be able to receive salary payments into their local account, without being charged excessive fees for doing so,” the bank explains.

Norris Koppel, CEO and founder of Monese states the bank’s mission “has always been to provide the technology that enables people to live, travel and work freely anywhere in the world”.

Expanding into Europe takes Monese “one step closer to that goal”, he adds.

In December 2016, Monese closed its Series A funding round. It has raised $15.8 million to date.