Mastercard has launched its latest biometric card, combining chip technology with fingerprints to verify the cardholder’s identity for in-store purchases.

South Africa is the first market to test the evolved technology, with two separate trails recently concluded with Pick n Pay, a supermarket retailer, and Absa Bank, a subsidiary of Barclays Africa.

According to Mastercard, the new card builds on fingerprint scanning technology used for mobile payments today and can be used at EMV terminals worldwide.

Ajay Bhalla, president, enterprise risk and security, Mastercard, says the fingerprint is “helping to deliver additional convenience and security” and “it’s not something that can be taken or replicated and will help our cardholders get on with their lives knowing their payments are protected”.

A cardholder enrols their card by registering with their financial institution. Upon registration, their fingerprint is converted into an encrypted digital template that is stored on the card. The card is then ready to be used at any EMV card terminal globally.

When shopping and paying in-store, the biometric card “works like any other chip card”. The cardholder dips the card into a retailer’s terminal while placing their finger on the embedded sensor. The fingerprint is verified against the template and – if the biometrics match – the transaction can then be approved with the card never leaving the consumer’s hand.

Over the next few months, Mastercard says additional trials will be conducted with the biometric card. A full rollout is expected later this year.

Additional trials are being planned in Europe and Asia Pacific in the coming months. 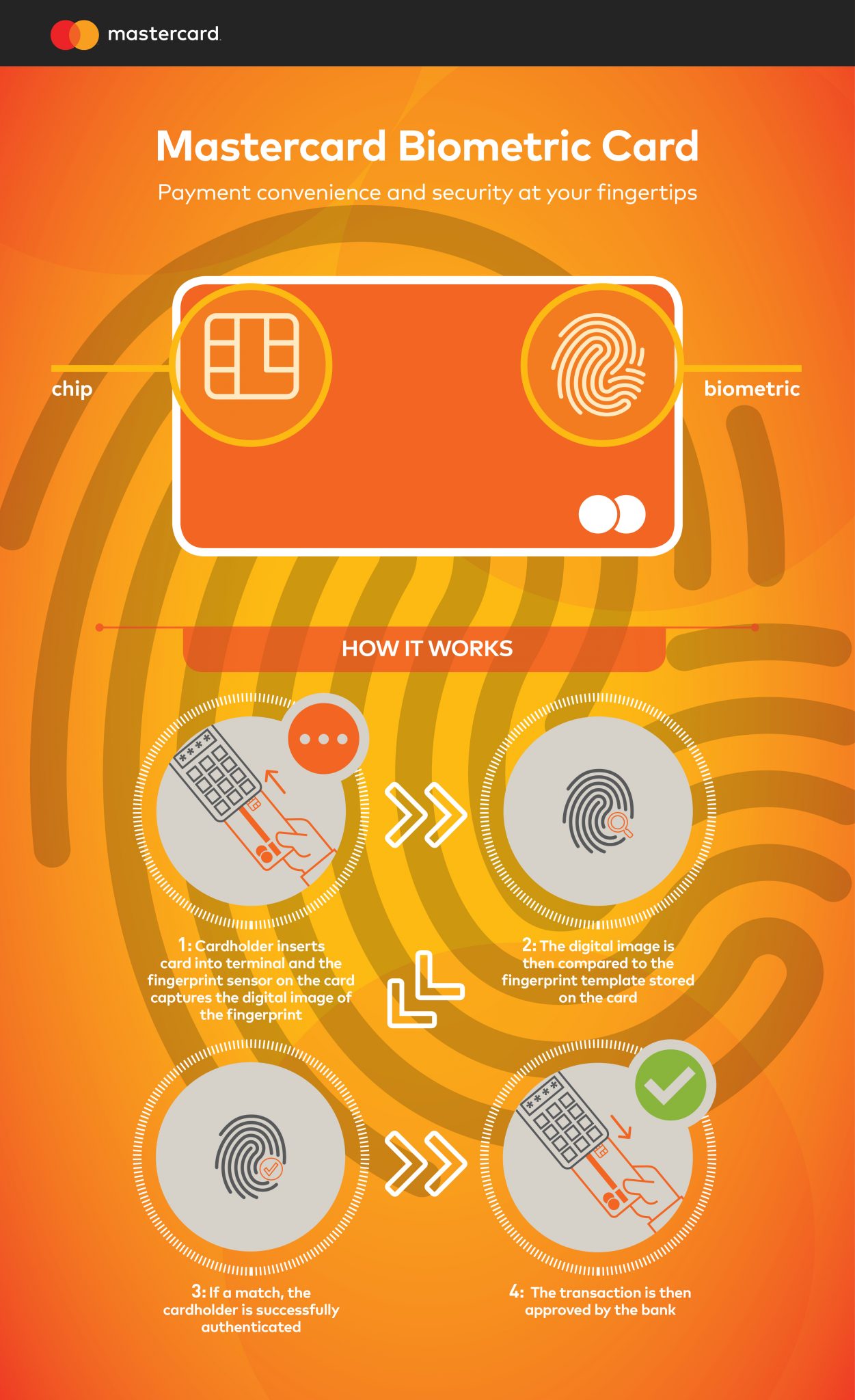