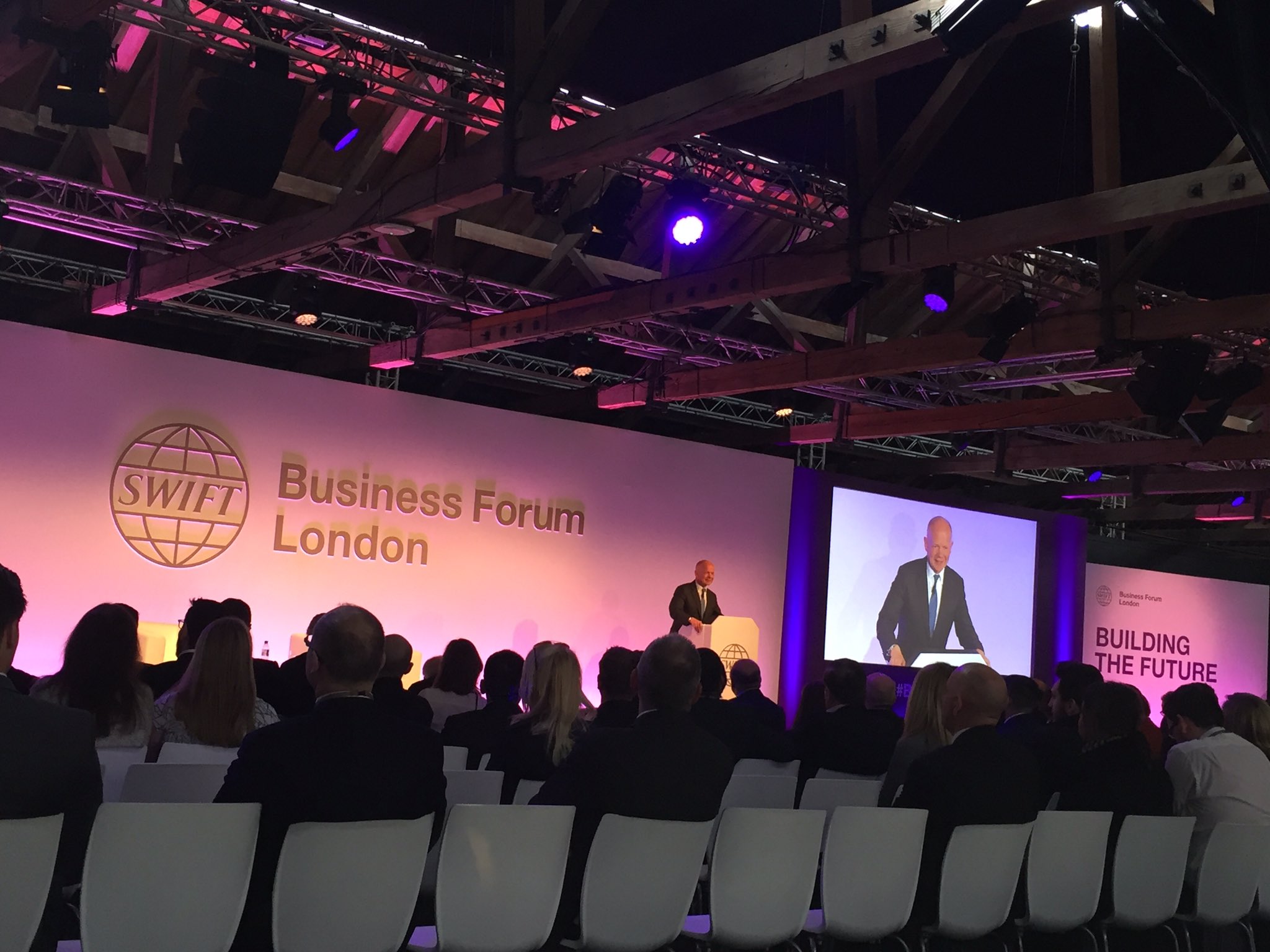 Despite the drama of Brexit the UK finserv industry has the “critical mass” to stay in its pole position – was one view from the Swift Business Forum London 2017.

At Tobacco Dock in the East End of London, blockchain didn’t dominate like last year, but the spectre of the UK’s divorce from Europe did.

Yesterday’s (25 April) event saw some big names big up the UK fintech and finserv scene. William Hague, former British foreign secretary and now in the House of Lords, gave a speech that touched on finserv and politics.

He says “London has a critical mass that can’t be replicated elsewhere” and the “key for the UK is to remain open to talent while maintaining a competitive environment”. This belief is something that has been echoed at many other fintech shows.

Hague states in his previous job that he invested in “resilience rather than prediction”. In his view, risk analysts are not able to anticipate the future – so better to prepare for what will come with a strong infrastructure. He thinks the finserv industry could learn from this.

In an on-stage interview with BBC journalist Gavin Esler, the question of the UK’s snap election was discussed. Hague believes if the government gets a strong enough majority it will have room to manoeuvre for Brexit negotiations.

However, as is often the case, the folks of finserv have reservations about Brexit. In an audience poll, 40% think the UK finserv industry will “thrive” outside the EU, while 60% believe it will “survive”.

People are getting ready for a struggle and, so far, politicians’ words haven’t calmed their fears.

In a separate panel on the UK’s payment infrastructure renewal, Carlos Sanchez of digital bank Ipagoo and Russell Saunders at Lloyds, talked about what’s in store.

For Sanchez, competition holds no fear (everyone says that) as it will “increase or foster innovation”, while Saunders thinks banking is becoming “more of a social issue” – as all the best deals will be in one place. The customer is benefitting from all this competition.

There was also an audience poll – where the top priority for payments in the UK saw 44% voting for “improving resilience” (i.e. cyber and availability). 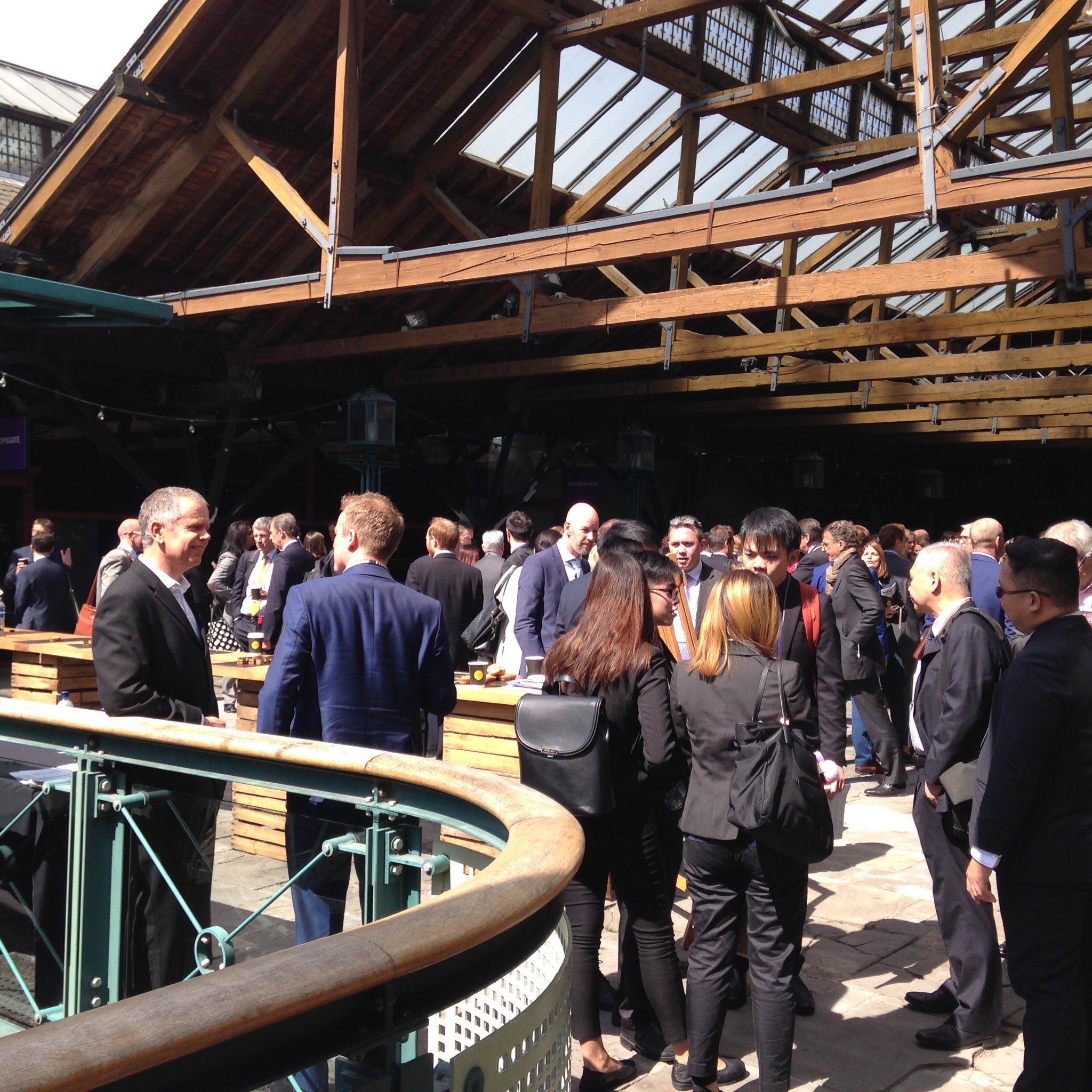 The UK received more praise. Sanchez says “some countries are doing nothing” but yet in his view the British government and regulators have taken the issues “seriously”. He commends the UK for being “innovative”.

Whether you agree or not, there have been numerous stories on the UK’s Financial Conduct Authority (FCA) and Payment Systems Regulator (PSR) calling for action. They’re making some noise.

In an audience poll on PSD2, 61% say it is a must-have and a “burden”. But Sanchez is optimistic about the future for UK payments – “there will be diversity” and “the money will follow you – adapting to your needs”.

This review is just a very brief snapshot of what went on. There were many panels running simultaneously – such as cyber defences, blockchain, core banking platforms, artificial intelligence (AI) and machine learning.

But while the UK constantly gets a lot of love for its transparency and innovation, I have noticed that quite a few people in the fintech and finserv world are concerned about leaving the EU. There is a distinct lack of confidence, which the UK government hasn’t resolved yet.