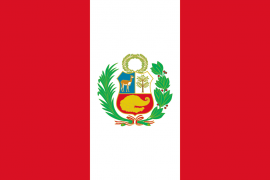 Peruvian mobile wallet BIM, described as “the world’s first fully-interoperable national mobile money platform”, will launch new services in H2 2017. It will enable customers to pay electricity, water and telephone bills, as well as have access to micro savings and loans, and micro-insurance.

According to Miguel Arce, commercial head of Peruvian Digital Payments (PDP, the company that operates BIM), about 400,000 Peruvians already use its service, with the adoption rate growing by 20,000 new users per month. March 2016 was closed with 140,000 transactions, and April has had 200,000 recorded to date.

Soon, mobile wallet users will also have access to microcredit, micro-insurance and micro-savings – “financial services of small amounts and small costs”. Arce says that micro-insurance will be covered by all insurers in the country, and can be paid on a daily or monthly basis from a mobile phone.

BIM is a part of the “Peru Model for Unbanked” initiative, spearheaded by PDP.

PDP is a new service provider established in July 2015 by Peru’s government, financial institutions, telcos and other stakeholders. PDP is co-owned by the Association of Banks of Peru (Asbanc), its member banks and electronic money issuers. PDP developed the shared infrastructure for the mobile money service, while Ericsson provided technology platform that powers it.

At present, there are 23 financial entities connected to the system, including Banco de la Nación, the biggest bank in the country, plus all telcos and mobile operators in Peru. The number of transactions are increasing by 30% each month, says Arce, and it is expected that they will reach one million by the end of this year.

After an eight-month pilot, PDP ran a test B2B programme focused on the agents’ distribution network with the results suggesting existing problems need to be resolved before scaling up the project. It was found that there is a strong need to connect agents online and provide alternative methods to collect cash, as businesses are not willing to visit agents each time to make deposits.

Advertising campaign does not work

Another finding of the PDP research was to stop spending budget on national advertising campaigns since it was not as cost-effective as expected.

The company developed a new promotion programme instead, based on a multi-level rewards strategy that generates incentives for users – so depending on their engagement with BIM, users can now be upgraded to super-users. As a result, the loyalty programme turned out to be more beneficial so the company decided to freeze its advertising budget for two years or until reaching the target of one million active users.

Focus outside of rural areas

PDP estimates that it will take two more years to complete the infrastructure layout. At the moment it is being integrated with the associated banks and agents platforms, ATMs and POS terminals. The process must be completed to ensure that BIM will be accepted through all channels available in the country.

With the aim of financial inclusion, BIM focused its first pilot directly on providing services in rural areas, however the research study found that it took a lot of time and financial resources to explore rural communities. As a result, PDP has re-focused its efforts on peri-urban areas. Rural areas will be addressed at a later stage.

Arce explains that success of Peru’s interoperable mobile money platform has encouraged the Association of Banks of Paraguay (Asoban) to explore similar initiatives with the country’s incumbent service provider Tigo Money. In fact, over the last four months PDP has been actively collaborating with Asoban exchanging ideas and practices, he says. Asoban’s aim is to launch an infrastructure similar to BIM in Paraguay within the next 18 months.

The story was originally published by M2Commerce Latam News.

The BIM story will be presented by Miguel Arce at the M2Banking & Fintech Latam conference on 18-20 July 2017 in San Francisco, with Banking Technology as a media partner. Visit our Events page for further details.