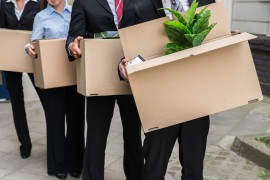 Banking software vendor Temenos is understood to have laid off a number of staff across its operations in the US, including at the Trinovus and Akcelerant subsidiaries.

It is also understood to be eyeing the payments business of DH Corporation, Global Transaction Banking Solution (GTBS, formerly Fundtech). D+H is known to be up for sale, although it is unclear at the moment whether it will be sold as one entity, or by business lines.

Temenos declined to comment on its interest in GTBS/Fundtech.

Temenos has been looking to purchase a payments software business for some time, Banking Technology understands, even though it has built its own payments solution, Temenos Payments Suite (TPS), together with ABN Amro. The success and uptake of TPS has been limited so far, according to Banking Technology’s knowledge.

The number of US layoffs has been cited as around 60 by some sources, which Temenos says is “not accurate”. However, no accurate figures have been put forward.

“At present, we are undertaking some limited restructuring of our organisation to align with our strategic focus, which has moved from targeting smaller financial institutions with an outsourcing model to targeting the largest banks and credit unions, which is where we are seeing market traction today,” states Jay Mossman, Temenos’ regional CEO, North America.

He cites recent deals with Ally Financial and Commerce Bank and assures Temenos “continues to make major investments in the region”.

The vendor has “the right technology” to offer, Mossman believes, “and we expect to be able to grow the business in North America, specifically the US, significantly over the coming years”.

He also highlights “rapid growth” of Akcelerant’s Lifecycle Suite, with over 100 new agreements signed since the company’s takeover by Temenos in 2015 (Mossman was Akcelerant’s founder and owner).

“Matter of fact, we passed the 70% market penetration of credit unions over $1 billion in assets in Q4 of last year that are running the integrated Lifecycle Suite platform,” he states.

Trinovus’ Advisory Compliance business is also a “key focus” for Temenos, Mossman continues. “We redesigned the platform last year so we could move up market.”

Trinovus was acquired by Temenos in 2013. David Brasfiled, who’d been Trinovus’ CEO since 2009, left the company last year.