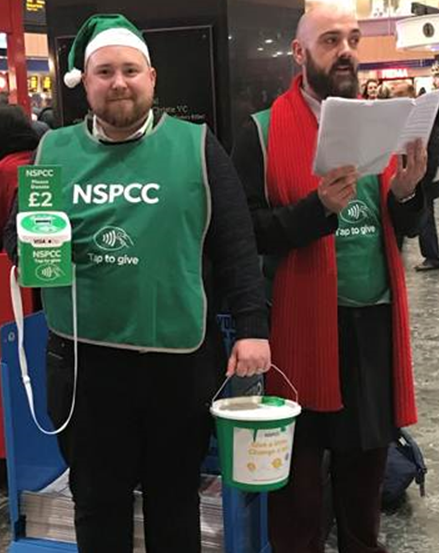 Barclaycard is trialling contactless donations as it says charities may be missing out on more than £80 million each year by only accepting cash donations.

According to its research, four in ten (42%) Brits say they carry less cash now than they did three years ago. While, one in seven (15%) people admit to walking away from a donation opportunity at least once last year because they were unable to give using a debit or credit card.

This comes amidst predictions, according to Barclaycard, that cash will shift from accounting for roughly half (45%) of all payments made in 2015 to just one in four (27%) by 2025 – with debit card payments overtaking notes and coins by 2021.

Due to all this, Barclaycard recently led a trial of 100 portable donation boxes, the “first in the market” to accept both Chip and PIN and contactless donations including those made by wearable and mobile devices.

Eleven national charities kicked off the trial in September 2016, using the payment boxes in a number of different ways according to their fundraising needs – from volunteers roaming with boxes at special events to placing them next to the checkouts in charity stores. In the trial, the charities took more than £20,000 in donations.

Paulette Rowe, managing director of Barclaycard Payment Solutions, says: “Our charity partners told us the boxes were simple to use, adaptable to a variety of situations and vital in securing donations where it may not have been possible before.”

Despite the trial being scheduled to end in December 2016, some charities are still using the boxes, “demonstrating the potential for these devices in a society where there are an increasing number of ways to pay”.

Barclaycard’s latest Contactless Spending Index revealed contactless payments grew 166% in 2016, with half (50%) of Brits saying they make a “touch and go” payment at least once a month.