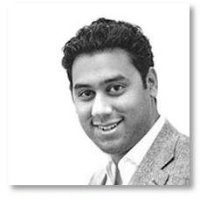 UK challenger “neo-bank” Pockit says it now has 100,000 customers, “nearly twice as many” as three of its rivals – Monzo, Atom and Tandem – “combined”.

On its website, Pockit says it is a “prepaid MasterCard, not a bank”, so the term “neo-bank” may be worth scrapping or explaining.

It’s been around for a while, so the 100,000 number is not huge. Pockit has been operational since 2013, founded by Virraj Jatania (his LinkedIn account shows he has been founder and CEO since November 2009). Before that he was an intern at Barclays Wealth for three months.

Jatania says Pockit is “radically different from the other digital-era challenger banks because they are essentially ‘Shoreditch’ [hipster area in London] solutions for the tech community – whereas Pockit offers anytime, anywhere banking for everyone”.

I am sure the other challengers will love that Shoreditch dig. And they may have something to say about the 100,000 number. Atom  has been open for business for less than a year, while Monzo and Tandem are still gearing up for a full launch.

Anyway, Pockit says it is “primarily focused on the estimated four million ‘financially excluded’ Britons, who rely on cash in the absence of bank accounts”. It has recently introduced a number of product “refinements” such as  account numbers and sort codes, meaning that its accounts “now have all the attributes of an online current account”.

By the end of the year, Pockit says its customers will be able to set up direct debits and send remittances abroad. From next year, it will also be offering overdrafts and insurance products.

Pockit says it takes two minutes to open an account. “There are no credit checks, just a simple, online form, and a one-off payment of 99p”. There are also 99p charges for a contactless Pockit card, paying in with cash and withdrawing money from the UK ATMs.

Whether you’re interested in “neo-banks” or challenger banks, there are many new entrants trying to muscle into the UK banking sector. Banking Technology has put together a comprehensive list of the known challengers to date and the technology they are using.