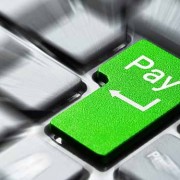 Monzo, Revolut, Loot, U Account and other fintechs let down by payments processor

Payment outages have caused major problems to cardholders and fintech services provides in the UK and internationally. This is understood to be down to payments processor Global Processing Services (GPS).

UK challenger “neo-bank” Pockit says it now has 100,000 customers, “nearly twice as many” as three of its rivals – Monzo, Atom and Tandem – “combined”. On its website, Pockit says it is a “prepaid MasterCard, not a bank”, so the term “neo-bank” may be worth scrapping or explaining. It’s been around for a while, […]