How emerging banks are changing the banking experience 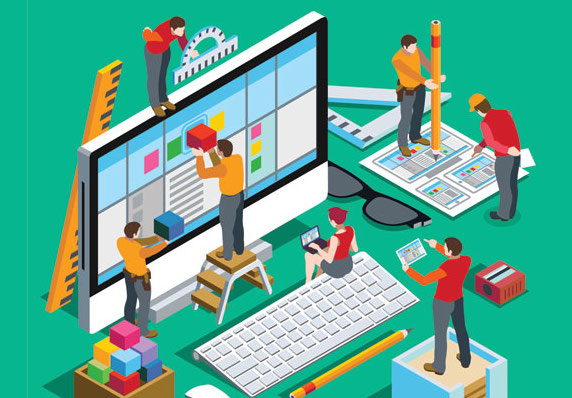 Modelling user experience (UX) around products or products around UX?

Consumers and businesses alike will often consider a company’s reputation before entering an agreement with them. After all, why would anyone choose an organisation which has history of letting its customers down, over another with a spotless track record?

It’s unsurprising then that once the reputation of traditional banks in the UK was tarnished by seemingly continuous scandals, customers started looking at alternatives to the “big four” banks which have monopolised the market for so long. Enter the fintech movement and a swathe of emerging banks looking to disrupt the industry and fight back against the age-old processes currently in play.

At a time when there are more mobile devices than humans on the planet, customer expectations have moved on considerably from what was expected of banks ten years ago. In the age of contactless payments through cards and mobile phones, banks need to offer a seamless digital experience which can be enjoyed on any device, regardless of location or time of day. The in-store experience should then evolve in-line with this.

The market leaders have responded to these evolving consumer expectations, producing websites and apps which work across all mobile devices. However, emerging banks and the Fintech movement are taking it one step further to differentiate themselves from the “big four” banks.

Far too often, professionals don’t directly take customer requirements into consideration before creating a product and instead move forward with the idea they have in their head of exactly what client-facing platforms should look like. Unsurprisingly, this rarely heads positive results. Just look at social media websites, the uproar felt when Twitter or Facebook amend their platforms is unbelievable and is often present for weeks.

It’s therefore worrying to think traditional banks fall into this category, despite the vast amount of customers they service worldwide. Their reaction to the mobile evolution has seen the development of apps, but these have often felt like tick-box exercises, rather than the revolutionary platforms customers are crying out for. This is where emerging banks and the fintech movement come into play, pushing forward with the banking revolution by taking two approaches to disrupt the market.

Modelling products around user experience
One of the pioneering businesses to counter the banking industry’s age old processes is Monzo (formerly Mondo); a bank its own CEO admits is targeted at “people who hate banks”. Although it’s true all banks provide the same services for its customers, such as allowing access to finances, facilitating transfers etc, Monzo has taken an innovative approach to ensure its offering pushes the envelope. It puts the customer and their experience at the heart of everything it does, rather than creating an app because it needs to offer a service.

Banking businesses may be highlighting the importance of user experience (UX) currently, but Monzo has taken this to a whole different level. The business has identified UX as not only one of the most important drivers towards success, but as THE most important driver. This is why it has not only created its mobile app with the user at the forefront of its design, but is allowing early adopters to use features within the app already.

For example, Monzo cash card users can top this up via Apple Pay and use contactless before receiving an instant push notification on their Apple Watch to confirm the purchase. The logo of the outlet the transaction happened in is included within this notification, regardless of whether shopping in a global chain or a small independent retailer. The app also differentiates purchases, from eating out, to online shopping or attending events. Professionals can then use this to simplify the expenses process, as it becomes clear exactly what has been purchased and where.

Customers using these features can offer feedback on their experiences and any UX improvements they feel would be beneficial. This directly influences the development team’s decision making, as offering the highest quality, most innovative UX on the market is the main driving force behind the project. This couldn’t be further from the approach to innovation taken by traditional banks and as such, this is already acting to differentiate the likes of Monzo and Monese, which is taking a similar UX first approach, from the rest of the market.

Modelling user experience around products
The second approach emerging banks and fintechs are using to disrupt the banking industry still revolves around UX, although it sees companies model this around products, rather than the other way around. Emerging banks will discuss how the products its customers need can offer a frictionless, responsive experience before building platforms which offer exactly that.

Atom Bank is arguably the highest profile business using this approach. It was founded by bankers who feel traditional banks are stuck in a rut and not looking to truly innovate to offer its customers a quality UX. They wanted to question every aspect of the industry and put the customer first, and modelling UX around products enables this.

Atom Bank’s founders decided to build their platform around the idea of play to remove themselves from the traditional market while offering the best products possible. If like most people you can’t think of an industry further removed from play than banking, you wouldn’t be alone. It’s this juxtaposition which sets the business apart from its traditional rivals. All products will be built on Unity, a game-design platform which offers the type of view on development traditional banks wouldn’t even consider. Banking may be a serious necessity, but why can’t businesses base its experience on an established platform which evokes passion and fun? This may be a critical step in changing the negative perception which has plagued the banking industry for years.

Aldermore is also using a similar approach, looking at traditional products such as mortgages and small business current accounts, and designing its digital banking services and the UX on these products. Emerging banks know offering these services is a necessity and that not doing so would likely result in failure, but they are ensuring the UX within the products is as seamless as possible to stand out from the crowd.

Conclusion
Both of these approaches are viable and clearly working in the digital age – there is enough buzz around emerging banks that it’s clear people are disillusioned with traditional banks and looking for an alternative.

While these emerging banks are finding a niche in the market, traditional banks must question their own services, the technology behind them and exactly how they can contend with the exciting and innovative platforms currently being developed. If they continue to bury their heads in the sand, it won’t be long before the “emerging” banks are the industry leaders, while the rest of the sector plays catch up.

By Rebekah Cooper, head of experience at Radical Company