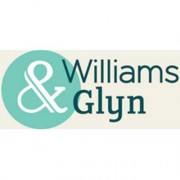 Williams & Glyn is no more

Royal Bank of Scotland has scrapped its plans to carve out the Williams & Glyn (W&G) subsidiarity – and instead it is likely to be sold to Santander.

W&G has a network of 300 branches, 1.4 million retail and 200,000 SME clients – effectively the country’s seventh largest bank. It has been dormant for a few decades (RBS absorbed it in the mid-1980s). It was originally set to be revived and re-launched in 2015 by RBS.

Earlier this year, RBS said it was likely to miss the set deadline and the budget for the spin-off yet again, and blamed the technology issues.

IBM and the BPO arm of Infosys were awarded a €300 million contract with RBS to adapt and run the IT platform for W&G in 2013.

It is now official that the creation of a separate banking platform for W&G is no more. RBS has written off £345 million in separation costs in its half-year results presentation, admitting it has been defeated by the IT challenges of the W&G carve-out. It has also unveiled an eye-watering £2 billion loss in the latest financial results.

“Due to the complexities of W&G’s separation, whilst good progress has been made on the programme to create a cloned banking platform, the board concluded that the risks and costs inherent in the programme are such that it would not be prudent to continue with this programme,” according to a statement from RBS.

Santander is now firmly in the picture – it is likely to take over W&G (and this is likely to take the form of an asset transfer, similar to that of Lloyds and TSB). Sky News has reported that Santander has made an official offer to RBS, although neither party was willing to comment. This is not the first time Santander is eyeing W&G, but its earlier attempt was scrapped due to IT integration challenges, it is understood.