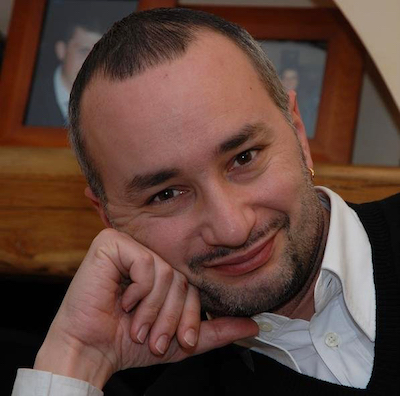 Target2-Securities (T2S) is a big task, but it is already improving intraday liquidity, says TAS Group. The opportunities are now ripe for the vendor to apply its fintech expertise across the pan-European market. Banking Technology caught up with TAS Group at the recent EBAday conference in Milan.

Roberto Bruschi, business development manager for the capital markets and treasury division of international financial technology specialist TAS Group, says T2S is still a “massive project” and its central aim of harmonising the structure of the cash and securities markets will greatly improve intraday liquidity across the continent.

T2S is a project implemented by the Eurosystem – the European Central Bank (ECB) and the central banks of the euro area – and developed and operated by four central banks (Banca d’Italia, Deutsche Bundesbank, Banque de France and Banco de España). It creates a single pan-European securities settlement engine and contributes to creating a true single post-trade market in Europe.

A new Europe
With less than 25% of total volumes are migrated in T2S, the main migration of systems will happen in the coming months to go live in September 2016 and February 2017. T2S is already attracting big non-European players, such as Bank of New York Mellon.

All of this, says Bruschi, will create a high quality pool of liquidity, which in turn will lead to a need for improved collateral management and a renewed focus on the role of banks’ treasury operations.

For TAS Group, having worked with most of the participants involved in the first T2S migration wave, it creates an opportunity to capitalise on its experience in the area of liquidity management to develop a new platform, technologically and functionally in step with the new regulatory and market requirements, and expand into new geographies in Europe beyond its Italian roots.

Initially, says Bruschi, TAS Group expected demand to come from tier 2 and 3 banks, rather than the major international tier 1 operations, but he reports the “surprising” interest the company is finding among even the largest banks, It has recently announced the signing of Deutsche WertpapierService Bank AG (dwpbank), the leading securities settlement service provider for Germany’s financial market.

Model behaviour
Through its work with Italian clients – 80% of the Italian market participants have migrated to T2S already – Bruschi says that TAS Group has gained considerable experience of the different business models that clients have taken, and the pros and cons of each. Integration of data sources and the breaking up of silos of data have been major benefits for customers, he says.

As part of its approach to the issue of intraday liquidity management, TAS Group has funded research being carried out at the Catholic University of Milan to analyse approaches to the subject. One of the outputs of the research, conducted together with market participants, clearly demonstrates the effects of T2S on liquidity management can only be measured after the final migration, he says.

Besides T2S, the generation of new regulatory reporting for the BCBS 248, which calls for banks to implement monitoring tools for intraday liquidity management by January 2017, provides a further boost to the review of the current operating model and to the standardisation of IT processes in the liquidity management area. “T2S makes it easy because data is standardised,” Bruschi says. “While in some cases regulatory reporting would involve 20 to 30 different systems and 60 people performing manual processes, in this case best practice guidelines are highly beneficial.”

He goes on to say, when the platforms supporting the business are updated, the trend indicates that banks are putting themselves in a position to use the data to manage the liquidity in real time and not just to collect it for regulatory purposes.

“We now have a single application for overall transaction monitoring, Aquarius – software that is capable of more than aggregating data beyond the regulatory requirement, and systems that can collect all of the data banks need – not just for T2S and now we are developing new functionality in statistical support for the new needs of treasuries, including instant payments forecasting.”

This article is also featured in the July/August 2016 edition of Banking Technology.