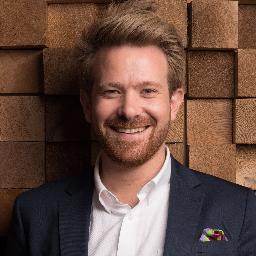 In an exclusive interview with Banking Technology, CEO and co-founder Samuel O’Connor says the firm caters for the particular needs of freelancers across the UK.

He says: “The rules are getting more onerous for freelancers and by the end of 2018 tax returns in the UK will have to be filed quarterly.

“The needs of freelancers are unique. They are pursuing something they love and want to concentrate on that. But they get caught up in the moment and a lot of freelancers don’t realise what’s going to happen down the line.”

Monizo was founded in March this year and is currently in the development stage. Its plan is to offer services such as receipt capture which eliminate the “shoebox of receipts”, invoicing built-in to the bank account – so there are notifications on payments; and an end to “unexpected” tax bills with automatic tax forecasting in real-time. Freelancers will pay a monthly fee to use the service.

O’Connor founded the company with Adam Goodall. They both worked and met at PwC – and while there trained as accountants.

This is their second fintech venture. Previously, they set up ProConfirm, which was acquired by Confirmation.com in 2014. They started freelancing after leaving Confirmation.com and got “frustrated with how hard it is to manage money as a freelancer, even with an accounting background”.

With this mixture of financial and fintech experience, O’Connor says they are “well suited” to the challenges ahead and how best to help freelancers manage their finances.

Monizo has talked to many freelancers to gauge their feelings and expectations. As a result it has built a waiting list.

O’Connor says: “We will release a private beta version with limited functionality to people on this list. This should happen in the next few months.”

Monizo also has a “slack community” – meaning it is using freelancers to build its business – such as designers etc. So it’s definitely putting its money where its mouth is.

In terms of offerings, these are “split into two buckets” – namely the day-to-day challenges and the financial planning challenges (such as pensions and mortgages).

Monizo will automate the process and offers a bank account number and sort code. Once live, it will allow money to be transferred to and from the account; and people can set up an account in “a few minutes”.

O’Connor says it will also offer a “unique” feature – ongoing real-time insight into how much tax freelancers need to pay.

A future plan could be to “hook that” into the HMRC (UK’s tax collection office) so freelancers can pay bills with ease. This offering could be in place by the end of next year.

In terms of the back-end technology, Monizo is in selection mode and will partner with a Banking-as-a-Service provider. He won’t reveal the list of potential vendors just yet, but says “our infrastructure will be similar to Loot, or Mondo in its current form”.

Monizo won’t get a banking licence as “it’s not relevant” at the moment. It will hook into the API and payments infrastructure of the provider – whoever that may be.

At the front-end, Monizo owns all that. At the outset it will have an iOS app and then over time build other platform apps and then a web app. O’Connor says Monizo will be “mobile focused”.

The start-up is currently in the middle of a pre-seeding round. It is privately funded and O’Connor will not disclose the names of the investors at present.

Looking to the future, the firm is interested in “lots of partnerships”, which are seen as a “key” aspect.