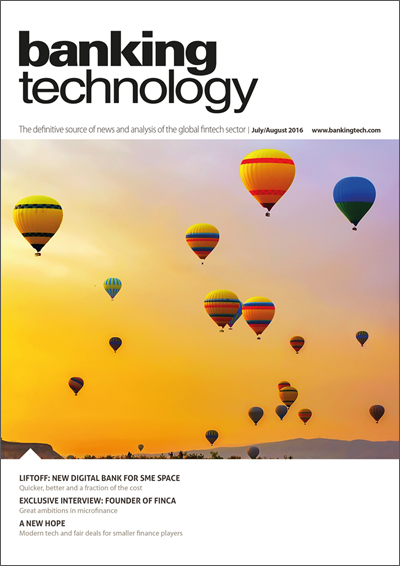 The latest from our Editor, Tanya Andreasyan:

How important is a modern back-office banking system, really?

With the proliferation of digital-only banks, all pledging commitment to tech-savvy users and praising new technologies, how vital is it for them to have genuinely modern core systems?

Of course, a digital bank (and any bank today) needs a sophisticated front-end, and there is no shortage of vendors – newcomers, old-timers and everyone in between – offering software and solutions to address this.

However, when it comes to core processing, does it matter?

Many banks seem to be getting by with what they have just fine. A large player in the US, Keybank, is heavily investing in digital channels, while the core – CSC’s Hogan (whose roots date back to the 1970s) – remains in its place, with no replacement plans. Having said that, the bank has moved as much functionality as it could out of it, so it has been reduced just to transaction processing.

In the UK, challenger banks Atom and Tandem picked FIS’ Profile and Fiserv’s Signature, respectively. Both systems are proper old-timers in the banking tech world. But as Atom’s acting COO, Stewart Bromley, put it, “core banking software is a commodity”. As long as it supports the required functionality and the vendor commits to deliver on time and to the agreed specifications – age is not a problem.

However, another UK digital-only bank, Mondo, is an opposite camp. CEO Tom Blomfield states that Mondo “does not want to be a brand new bank going for a very old system like some others have done”. The bank’s team has developed its own system, he says, based on the open source technologies. These are Linux, Apache Cassandra distributed database (used by the likes of Apple and Twitter), Google’s Go (golang) programming language at the back-end, and PostgreSQL relational database.

Also in this camp is Germany-based Fidor Bank (which has also recently launched in the UK). It has a proprietary platform that is written on Ruby on Rails, with Apache web server and MySQL database. It runs on Linux as the operating system and has web 2.0 interfaces. The bank has an IT arm, Fidor Tecs, which offers this system white-label to other digital banking start-ups, mobile operators and retailers. Penta Bank is a recent taker.

What camp are you in?

Payments commentary
China: where the digital payments action is.

Nymbus: the force awakens
The Rebel Alliance fighting The Dark Forces of the big four US vendors.

Point of view: the pain not worth the gain
Becoming a regulated bank somewhat misses the point of fintech.

And not to forget the Regulars of course:
Appointments – the movers and the shakers.
Comments – outspoken and opinionated (this time about Brexit).
Industry events – mark your calendars!
Out of office – curiosities, frustrations and mishaps of the fintech world.