RBS to miss deadline and budget for William & Glyn’s spin-off, IT is to blame 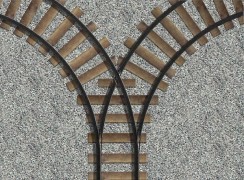 Royal Bank of Scotland (RBS) is likely to miss the set deadline to spin off its Williams & Glyn’s (W&G) subsidiary – and the technology issues are to blame.

W&G has been dormant for a few decades (RBS absorbed it in the mid-1980s). It was originally set to be revived and re-launched in 2015 by RBS.

IBM and the BPO arm of Infosys were awarded a €300 million contract with RBS to adapt and run the IT platform for W&G in 2013.

RBS is under orders from the UK and European governments to dispose of the subsidiary by the end of 2017 – this stipulation was part of the £45 million bailout agreement, inked in the wake of the 2008 financial crisis.

However, RBS is now saying that there is a “significant risk” that the deadline for the spin-off of W&G will be missed. The bank came to this conclusion following an “extensive analysis”.

The costs are also likely to be “significantly greater” than the expected £1.2 billion.

“Due to the complexities of W&G’s customer and product mix, the programme to create a cloned [IT] banking platform continues to be very challenging and the timetable to achieve separation is uncertain.”

The bank says it is now “exploring alternative means to achieve separation and divestment” of W&G.