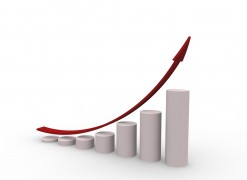 Trading platform provider Fidessa has reported a growth in revenue in 2015 up 7%, rising to £295.5 million up from £275 million in 2014, despite the reduction and closure of many sell-side trading operations over the last 12 months. The firm notes that the closure of the Jefferies Group’s Bache futures unit and Standard Chartered global equities business during 2015 will result in an increased impact on Fidessa’s revenues in 2016. The firm notes that a desire for complex trading infrastructure which is supplied in a “cost-effective way” will continue as trading firms strive to deal with a changing regulatory environment.

Regulation and market restructuring are both cited as drivers for business growth, which “have resulted in new opportunities and high levels of new business activity,” and were also reported as the primary driver for an increase in the firm’s total operating expenses, with staff levels up 5% compared with year end for 2014.

Chief executive Chris Aspinwall said, “As we move into 2016 the recent movements in financial markets clearly demonstrate the challenging environment in which our customers are still operating. Despite this we still expect that the themes we have seen in 2015 will continue with more opportunities opening up as our customers position themselves for the future.”

Buy-side firms were less responsive in 2015, with Fidessa reporting a 3% drop in revenue. The firm noted that consolidation, restructuring and closures were often inhibiting factors, but expects these barriers to reduce in 2016.