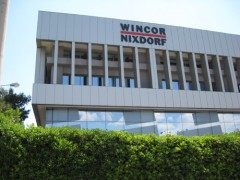 Banking technology specialist Wincor Nixdorf has been selected as the general contractor to equip all 20,000 workstations of Deutsche Post and Postbank with new IT systems. The installation will begin in April 2016 and is scheduled to be completed by April 2017. The solution package also includes a five-year service agreement.

During the project, up to 500 systems will be replaced at the branches’ workstations. In addition to PCs, the contract includes peripheral devices like printers, monitors and scanners.

Deutsche Post AG, a member of the Deutsche Post DHL group, operates one of Europe’s largest computer-supported branch networks to sell both its own products and complex products offered by other companies.

Wincor Nixdorf won the contract largely because of Deutsche Post AG’s previous experience with the company’s branch systems and the overall solution package. A key aspect of this package was the costs for the entire product lifecycle and the potential increased process optimisation offered by the new IT systems.