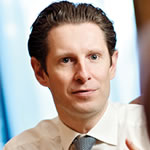 Temenos is refinancing its existing banking facilities to the tune of a $500 million new facility.

The Swiss software vendor says it has “taken advantage of current market conditions to lock in low-cost long term financing” through a new $500 million banking facility, consisting of a five-year revolving credit facility which expires in 2021.

The facility will be used for general corporate purposes including ongoing working capital requirements and unspecified “future growth opportunities”.

Max Chuard, CFO and COO of Temenos, says the cash boost has “further strengthened our financial flexibility and balance sheet, ensuring we are well positioned to fund our strategic growth objectives in 2016 and the medium term”.

Away from this deal, Temenos revealed its revenue rose by 23% for the full year (FY) 2015 on the back of 52% growth in total software licensing.

Temenos CEO David Arnott says 2015 was a “landmark year” for the company and that “geographically our growth was driven largely by developed markets, with emerging markets only contributing 22% of total software licensing revenues”.