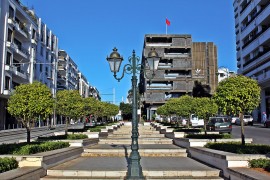 The institution (formerly known as FONDEP) has ditched its existing core banking system as it plans to expand into retail banking and insurance products distribution.

Mouatassim Belghazi, CEO, Albaraka, said with Finacle in place its objectives are for “operational efficiency and to achieve our mission of contributing to social economic inclusion, as well as the financial inclusion of micro entrepreneurs who are excluded from the usual financing routes”.

The go-live had been initially planned for mid-2015, but no reasons were given for the delay. However, Albaraka said in 2014 that the Finacle interfaces would need to be translated into French.

Infosys said its Finacle Mauritius team were used in the implementation due to their French language skills.

Albaraka is the third largest micro-credit institution in Morocco, and has a network of 208 branches throughout the country.