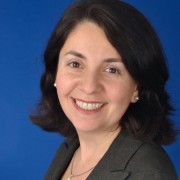 Correspondent banking business models will continue as they are but adapt to changes in customer needs rather than replace existing infrastructures with new technologies such as blockchain.

In a poll, three-quarters (76.2 per cent) of the audience in a session titled Re-inventing correspondent banking yesterday surprised some of the panellists by saying not only that the existing model would evolve, but they expected their transaction businesses to be larger in five years.

Asked by the moderator to sum up their views of correspondent banking the panellists replied, “customers”, “transformation”, “collaboration”, “change” and “pain”.

This last comment came from panellist Christopher Wasden, executive director of the Sorenson Center for Discovery & Innovation at the University of Utah, who said banks were being driven not just by their customers but by changes in consumer behaviour. “Amazon can move electrons from its warehouse to my house in hours, but banks can’t move electrons in days,” he said. “Why can’t banks give me that digital experience instead of the experience they were giving me 30 years ago? It’s completely unacceptable.”

Ebru Pakcan, global head of payments and receivables at Citi, agreed that the need for change was driven by customers’ changing requirements, but cautioned against changing for the sake of it. “There are some good things about correspondent banking that have built up over many years, one of which is trust,” she said. “But some things are there because they have always been there and that is not a good enough reason. We should be leveraging the very resilient infrastructures that we have built, such as local real-time payments.”

Larry Sobin, head of correspondent banking and USD payment and clearing at BNP Paribas, said banks “have to be attentive to what the consumer wants, but not lose what we are good at – they are not mutually exclusive”.

Nigel Dobson, general manager group payments management at ANZ, said change was inevitable but not necessarily a bad thing. “We have reached a tipping point and we do need to address it, but as a community we can do that,” he said.

George Doolittle, executive vice-president and head of global payment services at Wells Fargo, picked up on Pakcan’s point about the development of the sector of a long period. “The challenge is that correspondent banking is a tremendously organic animal that has developed over many years,” he said, pointing to examples such as the way free-text fields in payment messages have been used to solve particular problems and developed piecemeal. “We need to go back and unpack a lot of that.”

Wasden said there were lessons to be learned from the Chinese market where technology firms such as Alibaba and WeChat are rapidly becoming financial services providers. “Alibaba provides an Amazon banking experience to consumers and small businesses. They are not starting from a correspondent banking model and they are providing trust,” he said. “They are digital from the ground up and don’t have the legacy infrastructure of financial services.”

Banks still have a culture of build rather than buy, Wasden said, but the others disagreed. “Banks love new technology and have been good at adopting it,” said Dobson. “We want to bring fintechs in – this is not a walled garden, it is a bunch of people trying to do things better.”