ISO 20022: we’ve reached the crossroads and need to act 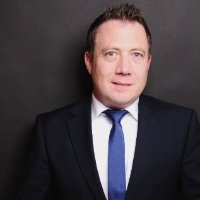 Last year, the ISO 20022 standard celebrated its 10th birthday, and consequently it may seem a bit odd to say that after more than a decade since its inception, the financial community really should start taking assertive action. Since 2004, the ISO 20022 standard has, thankfully, witnessed substantial adoption but it has been what could be termed an “uncontrolled adoption”. So why is action so critical now? asks Marc Recker.

The reason is simple: from all corners of the globe we are seeing more and more communities and infrastructures discussing ISO 200022 adoption within their respective market infrastructures. The Bank of Japan is adding ISO 20022 capabilities to its BOJ-NET network with live date October 2015. In Australia, preparations are underway to have an ISO 20022 service for real-time payments ready by the start of 2017 and the Canadian Payments Association is proposing an adoption timetable to begin in 2016 and be completed by 2020.

Yet perhaps the most important development relates to the world’s two largest currencies, the US dollar and the euro. In Europe, TARGET 2 and EBA EURO 1/STEP 1 have announced a big bang migration planned for November 2017, while in the US, the Federal Reserve has already stated its intention to develop an implementation strategy for the application of the ISO 20022 standard to US payment transactions. These developments are crucial for two reasons. Firstly, it’s a massive strategic impetus for the payments industry and secondly banks can no longer simply regard this as just another IT project. Additionally, ISO 20022 will play a major role in the real-time retail payments space. In fact, it is a fair assumption to say that it has become the “defacto” standard in that area.

So where’s the problem?

The biggest “potential” problem going forward is that all these aforementioned communities operate with different versions of ISO 20022 and submit different release cycles. Put in simple terms, if we do not have an operational common standard that we can agree upon then we are not going to be able to take full advantage of the benefits that ISO 20022 was originally set up for. You can liken this to a train travelling through different countries. Running on the same modern track is all very well and good, but if those tracks have varying electrical currents, then you cannot take full advantage of having a modern track in the first place.

In comparison to what we have today with the SWIFT FIN standards, ISO 20022 has the potential to bring us up to the next level in terms of global market practice. In our digital world, the current FIN standards are antiquated and leave too much room for interpretation. ISO 20022 has the key advantages in that it defines not only the use of syntaxes (what could be termed as the format) but also the use of different semantics. The latter is the game- changer as it decouples data description from the data format. ISO 20022 set a common vocabulary for us to use – in a sense acting as a kind of dictionary. With the semantics defined, everyone has a common understanding of what is meant.

However, as an industry, we must not fall into the trap of having numerous different subsets. ISO 20022 must act an enabler and not a disruptor in the value chain. Having numerous variances only increases the work load for banks in terms of testing, IT resources and release cycles. That in turn leads to inefficiencies in the entire payments processes. The point is though; ISO 20022 does have the capability of supporting a standardised approach.

Having 100% agreement on these issues may be wishful thinking and in some cases there could be perfectly legitimate reasons why there should be local variances. However, the community must strive to reach agreement on 80% that, at the very minimum, can be absolutely standardised. This should be achieved through implementation guidelines clarifying usage and content. There is no reason why this should not be achievable. Currently, SWIFT publishes its Standards MT Release every November. Everyone is aware of the date, everyone abides by it and it works. The same, therefore, should be realisable in the ISO 20022 space.

Going forward, it is clear that banks and market infrastructures, together with SWIFT, need to engage in closer dialogue to promote alignment efforts. This topic is very much at the fore of the agenda at this year’s Sibos in Singapore. Only then can the community as a whole benefit from the advantages that the IS0 20022 standard can offer. And there is no denying the benefits. The IS0 20022 standard has far richer structured information (in comparison to the FIN standards which are now nearly 40 years old), it will increase operational efficiency by improving straight-through processing and compliance driven processes, and with its interoperability can simplify global business communication by providing a common messaging language that can be understood by everyone and all systems.

The aforementioned developments and moves to harmonisation also weaken the “no-business case argument”. As of now, banking business units have tended to work on an individual basis when dealing with ISO 20022 topics, be that SEPA on the payments side or T2S, for example regarding securities. There is no doubt that more efficiency could be realised by establishing internal ISO 20022 project teams that look beyond the single silo approach.

As the ISO 20022 standard cements itself as the dominant standard for C2B and domestic bank to bank payments, we must ensure that we move from uncontrolled to controlled adoption. That time is now.