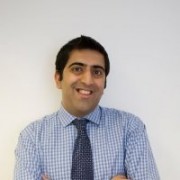 GMEX is headed by Hirander Misra (pictured) and Vj Angelo

International derivatives market GMEX is due to go live on Friday after more than two years of development. Created by co-founders Hirander Misra and Vj Angelo, the new exchange has just signed Bank of America Merrill Lynch and will start by offering futures contracts backed by German derivatives giant Eurex.

GMEX is intended to address a perceived lack of innovation in exchanges relating to the central clearing of OTC derivatives. The venue aims to “dramatically” reduce costs to balance sheet and margining, using new technology and indices based on global index benchmarks. The initial products traded will be GMEX’s Interest Rate Swap Constant Maturity Futures contracts, backed by Eurex, which are intended to bring the benefits of futures trading closer to OTC products, while keeping the advantages of centralised order execution, standardised central clearing and hedging of interest rate exposure.

Company co-founder Misra was a co-founder of former pan-European MTF Chi-X Europe and is now chief executive of GMEX, while Vj Angelo is president. Angelo is best known for his experience in fixed income OTC markets.

Having joined GMEX, Bank of America Merrill Lynch will provide clearing, execution and settlement services for the IRS CMF contract in the same way as their other Eurex derivatives contracts, acting as a general clearing member through its membership of Eurex Clearing.

“We are pleased to be extending our range of products to include the IRS CMF from GMEX Exchange,” said Brooks Stevens, European head of futures & options, OTC clearing and foreign exchange prime brokerage at BAML. “The contract provides additional choice to clients that are looking for alternatives to standardized exchange-traded derivatives and OTC products.”

Part of the impetus for GMEX was to target new business opportunities created by changing financial regulation. Under the Dodd-Frank act in the US and EMIR in the European Union, financial institutions have to centrally clear the majority of formerly OTC derivatives contracts. Clearing at CCPs will require firms to set aside margin and collateral against the risk of a trade going wrong. By largely removing counterparty risk, this system is intended by the G20 nations to increase the stability of financial markets.

“The regulatory reforms have spurred market demand for our CMF contract as it brings the benefits of futures trading closer to OTC products, while delivering the efficiencies of centralised order execution, standardised central clearing and effective hedging of interest rate exposure,” said Misra. “Launching a unique product is very much a process, not an event, with momentum continuing to build beyond the initial go-live date.”