Banking at a digital crossroads 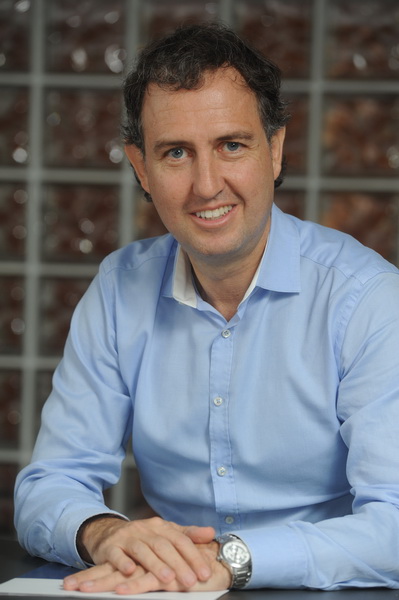 German Pugliese-Bassi is co-founder and CMO at Technisys

The Banking industry is at a digital crossroad as it faces both a wave of technology companies poised to disaggregate every facet of the business and a changing consumer that is increasingly demanding that banks products match the state-of-the-art digital services they are receiving from other industries, writes German Pugliese-Bassi

Banks today are now facing the prospect of either sticking to their tried-and-true strategies of the past or embracing innovation and rethinking their business as they move forward in an increasingly competitive environment. The decisions banks make today will define the marketplace in the years to come, as those who fail to keep pace with the disrupters may find themselves permanently and fatally left behind.

While the changing nature of the industry is clear in the US, what about the banking sector in Latin America and the Caribbean? With approximately 500 banks operating in a region of 35 countries with 600 million people and a $5.5 trillion GDP, understanding the perceptions that are driving the collective financial industry is a difficult challenge. The potential ramifications can have a lasting impact on whether the region finally emerges competitively on the global stage or remains a laggard in developing competitive and sustainable economies.

In an effort to better understand the digital banking outlook in Latin America, Miami-based Technisys and GMIx, a Stanford University programme, conducted a study in 11 countries in Latin America including Argentina, Bolivia, Brazil, Chile, Colombia, Costa Rica, Ecuador, Honduras, Mexico, Peru and Uruguay.  The findings illustrate a mixed bag, as many banks seemingly understand the need to digitally modernize their operations while many others remain wedded to their more traditional approaches. Consider this:

The report reflects an industry facing an identity crisis as they still operate in economic and regulatory environments that favour traditional approaches but clearly highlighting their acknowledgement of a fast changing industry. In fact, 75% of the banks surveyed observed that they have followed a statistical trend of increasing customer engagement via the channels of Internet banking, mobile banking and ATMs.

90% of the banks indicated that their current digital capability has been driven by the need to stay abreast with global best practices, remain competitive in the market and acquire new digitally savvy customer groups (especially younger clients).

We noted that only 17% of banks have the ability to offer its clients complete flexibility in choosing their desired channel for any kind of transaction, while 83% of banks still rely on branches to complete complex banking transactions such as loans, though they do increasingly rely on digital channels for pre-sale processes.

36% of the banks confirmed that they faced challenges in getting customers to adopt digital channels for banking transactions (except for the handful early adopters) because of “distrust”.  Additionally 47% of the banks identified the challenge for digital channels to the lack of Internet / Mobile penetration in their respective geography.  Also 47% interestingly identified the source of the challenge in the digital adoption in the lack of awareness.

For the five-year horizon, 72% of banks believe that they clients will demand not having to visit branches and 78% believed that there will be a clear and specific demand for omnichannel services. The good news for Latin America is that there is almost universal understanding (89% of the banks profiled) that omnichannel implies “having a unified and consistent user experience that makes the customer journey similar in each channel.”

Additionally 72% of banks identified omnichannel capabilities as “keeping a business process alive any time in any channel so the customer can initiate a transaction in one channel.  The overall survey result suggests a highly customer-centric understanding of omnichannel.

As per the culture, only 33% of the banks have a strong digital culture spread throughout the company, 28% are still convincing the old guard and 25% of the banks show some promise with strong silos of digital advocates who are working towards spreading it through the bank.

Fundamentally, the report suggests that while the digital evolution of banks in Latin America is somewhat slow in coming, there is awareness of the shifting market, a critical precursor to acting on the trends and adapting to the coming digital competition.