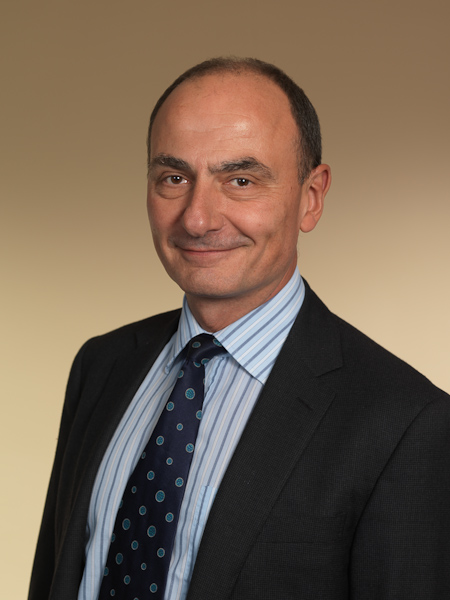 Lassignardie: “It’s a call for action and it is serious news.”

At first glance the message for banks from the latest World Retail Banking Report 2015 produced by Capgemini and Efma looks like very bad news for traditional banks.

For the second straight year, banks have not been able to improve positive customer experiences. “With non-bank competitors now proliferating and aggressively providing banking services that are often seen as more agile, intuitive and digitally savvy, banks are now at real risk of losing customers. Substantiated by this year’s report, customer-banker relationships are weakening as the likelihood for customers to leave their primary bank is increasing.”

“It’s a call for action and it is serious news,” said Jean Lassignardie, global head of sales and marketing, global financial services, Capgemini, but he dismisses the suggestion that it is game over for traditional banks.

“Does it implicitly mean for large institutions that the end is not that far away? Frankly, I don’t think so. And the reason is that there is a remaining trust and brand value, which is fundamentally a key asset the banks. If they can leverage that they will become stronger,” he said.

The methodology of the report is to analyse customer satisfaction against their expectation, with the stark result that:

Lassignardie says that the nature of the question exacerbates the negativity of the answer for banks – they might be doing even more than they were before, but customer expectations have increased faster.

“The question looked at three critical KPIs: first with will you stay with the bank? What is your appetite to switch banks in the next six months? That appetite has significantly increased. Secondly, would you recommend the bank to your friends and colleagues? That ratio has also dropped significantly. Thirdly, would you buy anything else, expand your portfolio with the same bank? Here again the trend is negative, so the first output of the report is a serious call for action,” he said.

On the expectation side of the equation the new tech-based banks have upped the ante. “Customer expectations have grown faster, and there is the threat from the new banks – the ‘sex appeal’ of these new entrants, fully based on technology, is huge and digital channel adoption with non-traditional players is really attracting these customers,” he said.

Lassignardie says that the third point that the results highlight is the need for systems renewal right though the banks’ technology and processes.

“What does this mean for banks? The key point is there is a fundamental new challenge for the banks,” he said. “There has been a lot of attention on the front end of the last few years – on the digital channels and merging them with traditional channels – but less attention has been paid to what used to be called the middle- and back-office processing factories.”

The result is that a new generation of more demanding clients find it easier to interact with the front ends, then they go inside the bank and are exposed to the back-office “and they feel directly exposed to the extreme complexity that is the back-end, resulting in a very disappointing customer experience”.

Banks need to continue to invest in the front office because that is the first interaction for the customer experience, he said, “but at the same time they can no longer defer the significant efforts required on the middle- and back-end because now the clients don’t want to be exposed at the back end and do not accept that it takes three weeks to be provided with paperwork”.

“The observation is we truly think that the challenge has increased,” he says. “Seven years ago it was a real challenge based on the crisis, focused on liquidity and regulation, but now there is an operational and P&L challenge. How do you monitor some of the key KPIs related to the customer experience in an increasingly demanding customer base when you also have very attractive propositions from new entrants and you have to do a continuous effort on the front end, combined with a transformation of the back end?”

It’s not just technology, he adds. “Technology supports banking processes, and it is a huge piece, but is only one piece. There is a significant effort needed from a process standpoint, which is probably as huge, to achieve an overall simplification of the large institutions.”

Among the many threats and pressures that existing banks face is the future of their branch networks, where numbers of branches have been cut – to the point where governments are trying to ensure that they are not all closed – and a range of technology solutions are being deployed in smaller, self-service oriented branches. Perhaps the surprise of the report is that it shows increased usage of branch services: This year 16.2% of customers said they use branches weekly against 14.2% last year, and more than half (53%) said they prefer to use branches for simple products.

That is actually more than the number that said they prefer to use branches for more complex products and services such as mortgages and personal loans (51%) – contradicting the preference that banks have for high-value advisory services to be carried out by human staff.

“For so many years we’ve heard that it is the end of the branch, but it is not declining,” said Lassignardie. “My personal view is that in any future scenario we need both: banks are not interacting with robots on the retail side, they are interacting with human beings, and they will continue to need human interaction. The key question is what for? What proportion of branches and digital? What is the combination and how do you make the experience completely fluid for the client – and what is affordable from an economic point of view.”