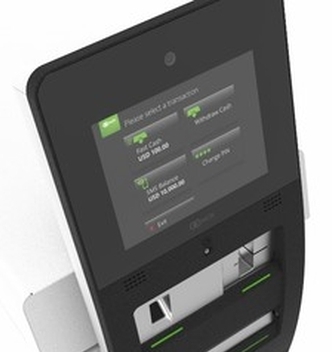 Called Kalpana, the software can result in a 40% reduction in cost of ownership and halves the time it takes to develop and deploy new services, the company claims.

Robert Johnson, global director of software solutions at NCR, said banks are under pressure to improve services and reduce costs and so are “making very careful technical choices”. With increased emphasis on digital mobile and internet banking the ATM channel “has started looking a little disconnected”, he added.

ATM architecture development has been relatively static over the past 10 to 15 years, and while the devices have become more sophisticated in terms of features such as cash deposit and recycling, colour screens and online chat capabilities, essentially they are all customised PCs, creating problems of management, security and cost.

According to Andy Monahan, vice president of software engineering and general manager for Kalpana at NCR, the recent migration from Microsoft Windows XP to Windows 7 “has forced a rethink” and a few years ago the company decided that Monahan’s team at NCR’s Global R&D centre in Dundee, Scotland, should “take a blank sheet of paper and ask ‘what should we build next’”.

“There are two main discussions that we have with CIOs,” says Monahan. “One is whether there a viable alternative to Windows and the second is about the fact that the banks have a fairly clear idea of the IT architecture they want, and they want it to be consistent.”

By having a thin-client Android based device “everything that is customised is removed from the device and taken into the enterprise”, from where it can be configured and managed remotely. It also dramatically improves security. “By removing everything from the ATM thin-client and taking it into the cloud you create a locked-down environment that is very secure: there’s no BIOS and there’s no hard drives, just a secure boot loader that validates the kernel and checks all the certificates,” said Monahan.

By having the management systems in the enterprise software stack it is easier to develop new applications and services alongside other channels such as mobile and internet, ensuring a faster time-to-market and a more consistent customer experience, as well as to simplify management and maintenance tasks.

The first ATM to work in the Kalpana environment is NCR’s new Cx110, which uses Android tablet technology. Cardtronics, the world’s largest retail ATM owner/operator, has already taken delivery of the Kalpana software and Cx110 ATMs and plans to pilot them at locations in the Dallas-Fort Worth area, beginning “in the next few weeks”.