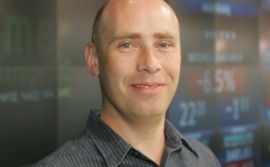 A new US bond trading venue with a mission to help electronify fixed income markets for investors using experience gained in the equity markets is preparing to launch in the US this quarter.

Called OpenBondX, the venue was created by former Lime Brokerage chief executive Alistair Brown and former colleagues. OpenBondX is an ‘all to all’ system open to the buy-side and the sell-side. The platform is partly a response to tougher regulatory capital rules, which have caused corporate bond dealers to slash their inventories by 70% since 2008. But it is also about ‘modernising’ the last of the major OTC markets.

“It’s not a great market for the one who needs to trade, but it is for those who charge,” said Brown. “Part of the appeal for us is that fixed income is the last bastion of the non-electronic market. We looked at that and saw we could make a difference. It’s a long way behind the equities markets, there’s no best execution, no trade-through rule – so the need for a modern trading venue was really there.”

One of the first things that OpenBondX hopes to do is tackle some of the discriminatory pricing issues that exist in the bond markets because the identity of the counterparty is known.  For that reason, OBX will be an anonymous marketplace. It will also offer specialized crossing functionality. Both of these are features commonly found on equities dark pools – although OBX does not specifically self-identify as a dark pool, and prefers to be compared to an auction.

Users place a limit price. If any offer meets that, it will trade. When the ask price crosses through (is lower than) the bid price, then a midpoint match is done.  Users can also choose how much of their workflow to display to the market at any one moment. There is a minimum size level, and there is also an expiration time, which is designed to prevent participants from being gamed once matching has begun. OBX has an automated order book using a request for firm quote system. It also has its own data feeds.

“We felt transparency was important,” said Brown. “In fixed income, there are a lot of complaints about people backing away, and there’s no requirement for quotes to be firm. The TRACE feed is a bit of a joke – it doesn’t show the full size, it allows participants to wait 15 minutes before reporting, and it’s hard to read – tricks can be played, because prices may either be the actual price or the price plus mark-up, and it’s not clear which it is. My system on OBX will show you what’s really going on.”

All trades will be printed to the TRACE feed run by FINRA. Each side of the trade will receive DVP settlement with no indication of their trading counterparty, preserving anonymity.

“Every facet of OpenBondX and its technology have been built from the ground up to encourage providers to contribute liquidity and safely expose orders to the most aggressive pricing available, all under absolute anonymity,” said Brown. “By automating the bond markets as such and attracting liquidity from non-traditional providers, we believe our ATS will drive true two-way markets and significantly reduce trading costs.”