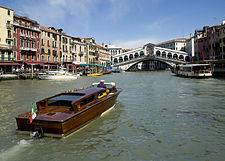 Italian banks are preparing for Target2-Securities as Europe seeks to reform its cross-border trading infrastructure and bring down barriers between EU countries. The preparations are driving smaller regional banks to make deals with larger global banks as they prepare for implementation in June.

T2S is the European Central Bank’s project to harmonise Europe’s clearing infrastructure and make it more efficient. With the project due to be phased in from June, banks will need to find a way to connect to the pan-European trade settlement platform, either directly or through a larger financial institution.

“Italy will pioneer T2S, becoming the first major market to move all securities transactions to the platform,” said Alessandro Gioffreda, head of BNP Paribas Securities Services for Italy, Switzerland and the Mediterranean Basin. “We are delighted to be working with these banks as they prepare for the move. We will provide them with a single point of contact for settling both their domestic and cross border transactions and accessing banking services such as liquidity management.”

Begun in 2006, T2S has a significant political aspect, as it is seen as a means of driving European integration. Mario Draghi, president of the ECB, has described T2S as the necessary platform for setting up a single European market for securities services. The purpose of T2S is to harmonise cross border settlements in Europe, increasing efficiency in European financial markets.

BNP Paribas claims that by connecting to T2S via a local custodian such as BNP Paribas Securities Services, banks can save on implementation costs, since the custodian will take care of all the necessary connectivity arrangements and can offer the benefit of large scale, which may be useful given that T2S is a pan-European project.

The four banks have a long history in Italy. Banca Popolare dell’Alto Adige was created through the merger of three cooperative banks in the North East of Italy, the oldest of which was founded in 1886. The bank services both retail and corporate clients. Banco di Credito Popolare is a cooperative bank founded in 1888 and located in the Campania region in the south of Italy, with a network of 67 branches. Banca Popolare di Vicenza was founded in 1866 as the first cooperative bank in the Veneto region. Banca Popolare di Vicenza, the 8th largest banking group in Italy by assets, offers retail, corporate, private and investment banking services to more than 1,300,000 clients all over Italy. Veneto Banca, founded in 1877, is a top tier banking group in the Italian financial sector, located in the North East of the country. Its activity covers retail banking, private banking and wealth management.