Europe surging ahead in RMB internationalisation

Europe now represents 10% of total Renminbi payments in value worldwide and is leading adoption beyond Asian countries, with four European countries in the top 10, excluding China and Hong Kong, according to Swift.

“For most of these European hubs, Greater China still remains the main trading partner in RMB”, says Michael Moon, head of payments and RMB, Asia Pacific at Swift. “However, there seems to be a noticeable shift in business for some countries like Luxembourg, with an increasing share of truly offshore flows (e.g. no Greater China leg). In the future, we should see a bigger contribution from truly offshore flows in the internationalisation of the Chinese currency”.

Overall, the RMB strengthened its position as the seventh most used global payments currency and accounted for 1.57% of global payments. In July 2014, RMB payments grew in value by 3.0% compared to June 2014. At a global level, all currencies increased in value by only 2.0% in the same month. 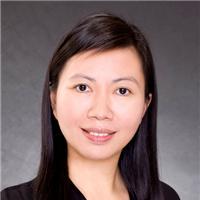 “The fact that Renminbi payments between Europe and Greater China have more than doubled in a year is extremely encouraging news for European businesses and governments,” said Vina Cheung, global head of RMB internationalisation, payments and cash management at HSBC. “It shows businesses are seizing the opportunity presented by China’s currency liberalisation programme to deepen their commercial relationships in the world’s second largest economy. It also shows government efforts to build hubs for RMB trading and investment in Europe are starting to bear fruit.”

Moon agrees that government initiatives have been important in the development: “Over the past year, Chinese authorities and financial institutions announced new partnerships with European countries, making them official clearing centres for the RMB. These announcements have boosted the RMB trading activities in these countries,” he said. “After the United Kingdom and Germany, we may see similar trends happening in France, Luxembourg and even Switzerland. Announced in July, the bilateral currency swap agreement between the People’s Bank of China and the Swiss National Bank could put Switzerland in line to become a new RMB hub in Europe”.

Financial organisations require a new cybersecurity “playbook” for the post-pandemic era "More than ever, fintech… twitter.com/i/web/status/1…

The number of people using open banking-enabled products has grown to two million in the UK, increasing from one mi… twitter.com/i/web/status/1…

.@finomhq raises €10m in pre-Series A investment to expand in Europe fintechfutures.com/2020/09/finom-…

Douugh [@mydouugh], a Sydney-founded neobank, is debuting on the Australian Stock Exchange [@ASX] this week fintechfutures.com/2020/09/aussie…

“The reality check comes when the service they offer is being captured by the financial regulation or license requi… twitter.com/i/web/status/1…