The looming spectre of a Financial Transaction Tax 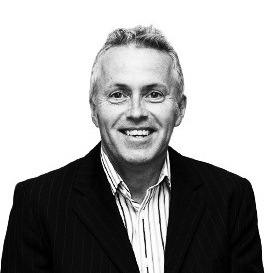 The European Court of Justice has this week thrown out a legal challenge from the UK against the so-called Robin Hood tax, the financial transaction tax levied at financial services companies. 11 EU countries, including Germany and France, are set to implement the EU devised FTT which will essentially start as a stamp duty on equities and some derivatives trades, writes Adam Ripley, managing director, Certeco.

With the largest financial centre in Europe, the UK has always been vocal about its vehement opposition to the FTT, as repercussions could mean London losing a swathe of banking business to financial centres with a lighter regulatory regime, such as Hong Kong or Singapore, not to mention the  logistical and technical challenges for banks.

The UK’s challenge claimed that the FTT was extra territorial and would snare up trades that were executed in London. The EU dismissed this because some major themes around FTT have not yet been decided. Legal experts commented that the decision to challenge this early was the right one as it sets out the UK’s store, flags up the UK’s concerns to the 11 member countries who are working to implement the FTT and makes it possible for the UK to launch a legal claim in the future.

There is little wonder that the UK is so reticent about the Robin Hood tax – opponents say regardless of whether it is implemented in the UK or not, a Eurozone tax of this nature would affect London’s productivity and increase volatility in international markets. Of course, speculation about the FTT and what it will contain is just that at the moment. It is hoped that the 11 countries who are lobbying for this tax will slightly revise and mute their approach in the light of the UK’s challenge and make it more palatable to UK City tastes.

The looming spectre of restructure and change

The bigger concern for the banks is that if it does go ahead, they will need to put measures to restructure their businesses and relocate banking operations to different jurisdictions. Embattled as they are with different regulatory issues, banks stand to lose out if they have to change their business models to circumvent these rules. And change never comes easy.

Research from the Adam Smith Institute has also shown that the FTT levy would increase the cost of capital for banks and hold back their expansion plans. Sweden tried to implement a similar tax back in the 1980s with the result being that 60% of trading volume of the 11 most traded Swedish stocks moved to London. The logistical and technical challenges of such large-scale change if banks were to move from London would be significant – and would definitely have significant financial implications.

So an FTT would be bad news for the UK, in terms of the resulting economic impact and job loss – London handles four out of five of the EU’s financial transactions. And it would be bad news for banks with the massive business restructure change they would have to undertake should it go ahead. The City waits to see what the EU’s next move will be and hopes it will be – even if only marginally – in the UK’s favour.