On March 28, 2014, Canada’s federal government introduced important proposed amendments to the Proceeds of Crime (Money Laundering) and Terrorist Financing Act (PC Act), Canada’s anti-money laundering legislation. The proposed amendments are introduced by Bill C-31, the Economic Action Plan 2014 Act, No. 1, which implements certain provisions of the federal budget tabled on Feb. 22, 2014. Bill C-31 will need to be passed by both houses of the Canadian Parliament and receive royal assent before the proposed amendments become law.

Among other proposed changes, Bill C-31:

These proposed amendments are discussed in greater detail below.

Currently, MSBs registered with FINTRAC are required to report certain transactions to FINTRAC, verify the identity of customers and keep records in certain threshold transactions, and implement an AML and counter-terrorist financing compliance regime. The regulations could adopt these requirements, with necessary changes, for dealers in virtual currencies as well. 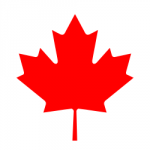 In another important proposed amendment to the PC Act, Bill C-31 extends the application of the PC Act to MSBs that do not have a place of business in Canada but are providing services to customers in Canada. In the past, in determining whether the PC Act applied to foreign money services businesses (FMSB), FINTRAC examined factors relating to the FMSB’s connection to Canada. These factors included whether the FMSB had agents or employees, bank accounts, computer servers, physical premises or customers in Canada. The changes to the PC Act appear to reflect a change in FINTRAC’s policy in this regard.

Under the proposed legislation, when an FMSB without a place of business in Canada is transacting with Canadian customers, even if it is doing so on a cross-border basis, the FMSB will be subject to compliance with the PC Act and will be required to be registered with FINTRAC. FMSBs are required to provide a name and address for service of an individual who resides in Canada as part of their registration and must provide police clearance certificates for their senior executives, directors and for individuals who own or control 20 percent or more of the applicant.

Due Diligence Requirements for Canadian FIs

Bill C-31 expressly prohibits Canadian financial institutions from opening or maintaining an account for, or having a correspondent banking relationship with, FMSBs or with foreign dealers in virtual currencies that provide services to residents of Canada and that are not registered with FINTRAC. Because this rule prohibits financial institutions from maintaining an account for such foreign entities (as opposed to only opening an account), financial institutions will be required to do a “look back” on all accounts they have to determine if any such accounts are with FMSBs or foreign virtual currency dealers and determine whether such entities or businesses are properly registered with FINTRAC.

By imposing this requirement, the proposed legislation is effectively placing some of the responsibility for monitoring the FSMB FINTRAC registration requirement on the financial institutions that provide banking services to these businesses. It is hoped there will be some grace period provided to FMSBs and dealers in virtual currencies to register with FINTRAC once the legislation becomes effective so that neither financial institutions banking such clients nor the clients themselves will be in breach of the new requirements once the legislation comes into force.

Currently, the PC Act and associated regulations set out enhanced customer due diligence requirements for reporting entities that provide services to individuals—and their prescribed family members—who have been entrusted with a prominent public function in a jurisdiction other than Canada. Known as politically exposed foreign persons (foreign PEPs), these individuals are considered inherently high risk because of their position of influence and the potential for abusing that influence for money laundering or terrorist financing purposes. For this reason, foreign PEPs are subject to enhanced due diligence requirements under the PC Act.

Bill C-31 expands the application of these due diligence requirements in three significant ways.

First, Bill C-31 extends the requirements currently applicable to foreign PEPs and their specified family members to also include persons that the reporting entity “knows or should reasonably know” is closely associated, for personal or business reasons, with a foreign PEP. Bill C-31 does not specify the circumstances in which a reporting entity will reasonably be expected to know that the customer is a close associate, such as a friend or business partner, of a foreign PEP.

Second, Bill C-31 introduces the concept of a politically exposed domestic person (domestic PEP). Specifically, individuals who hold, or have held within a time period that will be specified in regulations, the following offices on behalf of a government in Canada will be considered domestic PEPs:

3)      Heads of International Organizations as PEPs

Bill C-31 introduces a new requirement for regulated financial institutions—such as banks, life insurance companies, provincial and federal trust and loan companies, credit unions, credit union centrals and securities dealers—to develop and apply policies and procedures for exchanging information with their affiliates that also are regulated financial institutions in Canada or in foreign jurisdictions for the purpose of detecting or deterring money laundering and terrorist activity financing offenses and for assessing the risk of such offenses.

This proposed group-wide information sharing requirement follows the publication in January 2014 of new guidance—Sound management of risks related to money laundering and financing of terrorism—by the Bank for International Settlements’ Basel Committee on Banking Supervision. The Basel Committee’s 2014 guidance recommends that financial institutions establish robust information sharing with their affiliates to facilitate the implementation of money laundering and terrorist financing risk management processes on a group-wide basis and across international operations. Although Bill C-31 stops short of requiring group-wide integrated management of anti-money laundering and terrorist financing risks, the trend is moving towards global enterprise-wide monitoring of clients.

In addition to the foregoing measures, Bill C-31 also will bring into force, with certain amendments, Part 1.1 of the PC Act, which was originally enacted in 2010 but was not promulgated into force. Part 1.1 enables the Minister of Finance to issue written directives requiring reporting entities to take certain measures in respect of financial transactions originating from or bound for a foreign jurisdiction or entity. The Minister of Finance may issue such directives when the Financial Action Task Force, or any other similar international body of which Canada is a member, has called on its members to take measures in relation to a foreign state or entity whose AML and counter-terrorist financing measures are deficient or where such deficiency may adversely impact the integrity of the Canadian financial system.

Bill C-31 also introduces amendments to the provisions of the PC Act governing information sharing between FINTRAC and other governmental agencies, makes certain changes to Part 2 of the PC Act dealing with reporting of currency and monetary instruments, and extends the application of the PC Act to online casinos. In addition, Bill C-31 introduces a new requirement that certain financial institutions report to the Canada Revenue Agency international electronic funds transfers of CA$10,000 or more, as discussed in Blakes Bulletin: Electronic Funds Transfer Reporting: Once is Not Enough.

Bill C-31 is currently at the first reading stage in the House of Commons and may be subject to amendments prior to its enactment and royal assent. Many of the proposed changes discussed here will come into force on a day to be fixed by the federal government. No such date has been made public.

In Viewpoints, prepaid and emerging payment professionals share their perspectives on the industry. Paybefore endeavors to present many points of view to offer readers new insights and information. The opinions expressed in Viewpoints are not necessarily those of Paybefore.