Industry Views: M&A on the Rise 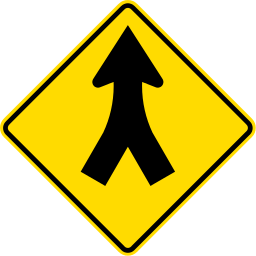 Payments has become an active space for M&A activity, and 2014 is likely to see its fair share of deals. We asked M&A experts to tell us what to expect in the coming months, specifically around prepaid, mobile and emerging payments. Some looked at the market broadly, others focused on one segment. But no matter which area of payments they discussed, all agreed on one thing: Change will continue to be the norm.

Question: What M&A trends are ahead for payments?

2014 will be a big year for payments, buoyed by rumored IPOs at Square and LendingClub. These will be the first of the “next generation” payment companies to graduate from startup to public companies. Assuming the markets stay as favorable as they have been (which many analysts believe they will), it wouldn’t be a surprise to see a few other emerging winners try the IPO path. Names like Klarna and OnDeck come to mind.

This also will be a year of tuck-in acquisitions by the more established players in the payments world as they take advantage of the quantity of companies the fintech startup boom of the past three years has created; there are just too many attacking the same set of problems for them all to succeed. The POS space comes to mind as one likely to go through consolidation, as does consumer-facing mobile payments. Finally, expect to see activity around Bitcoin continue to be frothy. Despite the Mt. Gox debacle, the currency has held up remarkably well and Bitcoin as a payment mechanism continues to capture the imagination of investors.

Continuing the trend from recent years, 2014 will see growth in the M&A space for the payments industry. This industry is large and rapidly growing, and we’re seeing an intersection of globalization, regulation and innovation. A surge in investments has occurred as companies capitalize on the current and, most significantly, future value, as well as an increase in cross-border activity. E-commerce juggernauts, like Amazon and eBay’s PayPal, have made strategic moves to acquire companies (for example, GoPago and Braintree, respectively) in their efforts to propel the industry forward, while tech giants, like Google and Apple, are making strides in incorporating their own initiatives into their products and applications. We’re seeing an uptick this year in M&A activity across the board, domestically and globally, and activity in the payments industry and financial technology is no exception. We anticipate significant increased activity in these growing industries.

We’re truly in a period like the U.S. automotive industry in the 1920s where at the start of the decade there were dozens of companies attempting to carve out a slice of the new-fangled internal combustion engine’s appeal and by the end there were essentially the big three. Payments is hitting a very interesting time where the old guard is under attack from newcomers that can exist in a purely digital format and, consequently, there are hundreds of companies attempting to put their spin on digital transactions.

I suspect that like the 1920s, the 2010s will experience rapid consolidation in the next few years, with many companies withering or being absorbed by larger players. The scale of acquisitions cannot be underestimated—PayPal acquiring Braintree last year was  the tip of the iceberg. Could Apple acquire Square? Could Google acquire PayPal? Who knows? But in a world where WhatsApp can be purchased for $19 billion, all bets are off when it comes to the scale and value of such transactions. Despite the immense changes to the interface layer of the payments world, however, it’s likely to be business as usual for the underlying payment rails. Returning to my 1920s analogy, car manufacturers came and went, but Mr. John Loudon MacAdam’s invention of Tarmac did quite nicely regardless.

From my early days at Goldman Sachs (back when PayPal was X.com) and through my 12 years since founding FT Partners (with a $100 billion PayPal in the works), I’ve been closely tracking payments innovation. Bottom line: It’s clear that we’ve seen more innovation in “payments” in the past couple of years than cumulatively over the course of history. We’re witnessing the rapid evolution of mobile, loyalty, big data/analytics and life cycle customer interaction—thus the eventual death of the traditional point of sale as we know it.

When talking payments these days, we refer more to Uber than we do anything else to make the point. We see Uber as the epitome of where payments needs to go and is headed: integrating applications/software with payments in a seamless way that has a material impact on both sides of a transaction, adds value on top of the actual product/service, makes the competition fear for their livelihoods, and finally, exchanges payment terms. Square aims to be the “Uber of Everything,” and I commend them for it. Groupon … same thing/different angle, and although people in payments tend to discount them, let’s not forget that, as of today, Groupon still has a $6 billion market cap. Payments is moving quickly to be invisibly integrated into everything we as consumers and businesses do online, offline and mobile. And while innovation thrives today, we haven’t even begun to see the biggest companies reinventing payments emerge.

A couple key issues to close on. One, there are nearly 1,000 “payments startups” on AngelList and that’s just AngelList. We at FT Partners track another 2,500 payments startups globally. Needless to say, not all of these are going to make it. Second, we have yet to see a wide set of reliably visionary acquirers of the greatest of payments companies nor have we seen the global/weekly (WhatsApp-ish) land grab we see in e-commerce between Facebook, Google, Apple, eBay/PayPal, TenCent, Alibaba and Yahoo. So, watch this space, it is sure to be in interesting ride.

The market for prepaid cards—whether GPR, government, payroll, gift or incentive cards—is growing rapidly and is increasingly competitive, driven in large part by consumer demand. The current market is a mix of many smaller players and a few larger players, including banks and other financial service providers. These larger players are looking for vertical integration opportunities to increase efficiency and to reach scale faster. Additionally, these players (and others) are seeking to meet increasing customer interest by making product updates with feature/functionality improvements, including mobile-related enhancements. Some of these changes will be made in-house; however, these capabilities are also available with smaller, newer players. Thus, we expect a good deal of consolidation in the market on top of what has already occurred to date (e.g., the NetSpend acquisition by TSYS). In addition to features and functionality, a key factor to a successful prepaid launch is distribution. Players with mature distribution channels also will make for attractive acquisition and partnership opportunities. The prepaid market is dynamic and is likely to change a great deal in the coming years.