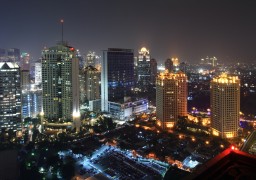 Consulting firm Accenture has chosen Indonesia as the location for the latest in a series of financial services ‘innovation centres’, which the company is using to focus attention on growing business areas such as mobile payments and remittances.

Based in Jakarta,  the new centre is designed to act as a showcase for Accenture’s expertise in mobile and digital solutions and use it to help solve questions such as how to reach new customers, reduce costs, bolster financial inclusion and provide a better service. The idea is that the centre will become a place where clients meet for interactive workshops and explore new technologies that could be rolled out in Indonesia and the ASEAN region.

Many of the ideas at the centre focus on mobile payments. For example, the centre has displays on how to set up peer to peer money transfers between mobile wallets, how to put products such as saving accounts, mortgages and wealth products onto mobile devices, and how to use a mobile device to make a contactless payment at the point of sale. There are also examples focusing on international remittance payments via mobile and on how retailers can put loyalty coupons onto mobiles.

According to Accenture, that is because Indonesian consumers are increasingly connecting to the internet via mobile devices rather than desktop computers. Mobile penetration in Indonesia had reached 131% by December 2013, which represents 310.2 million subscriptions across a population of 246.9 million, according to data provided by the World Cellular Information Service and the World Bank respectively.

“This new centre gives our clients a hands-on opportunity to experience some of the latest innovative solutions offered globally,” said Hendra Godjali, managing director of Accenture’s financial services group, Indonesia. “Accenture will demonstrate best in class thinking and help stimulate conversations about the most appropriate business models and technologies required for our clients to achieve sustainable growth in Indonesia and throughout the region.”

The new centre follows on from other innovation centres for financial services built by Accenture in other Asia Pacific cities, including Beijing in China and Bangalore in India, as well as in Chicago USA and Sophia-Antipolis in France.

Indonesia itself has followed a fairly typical emerging market trajectory in recent years, with rising levels of internet usage outstripped by runaway success in mobile penetration, but general levels of financial inclusion lagging behind due to the constraints of traditional banking infrastructure. Around 60% of Indonesians are currently unbanked, according to figures provided by Indonesian telecoms firm Indosat.

Adding to the mix, some fairly innovative payment options are making their debut in the country this month. On 17 March, Bitcoin Indonesia announced it was beta testing a full open Bitcoin exchange in the country, which would allow Indonesians to trade and exchange the online virtual currency Bitcoin for Indonesia’s national currency, the rupiah. Bitcoin Indonesia aims to compete with Hong Kong and Singapore, which already have their own Bitcoin ATMs.