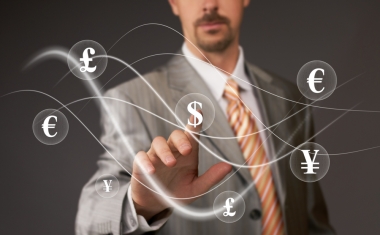 Long-only institutional investors are increasingly turning towards advanced futures trading strategies that have previously been the preserve of hedge funds and proprietary trading shops, according to a new report published by Tabb Group and Fidessa.

The report, Algos in futures markets: shifting into high gear, notes that futures markets are becoming increasingly automated, with an ever-rising proportion of algorithmic execution and ever-more sophisticated multi-asset class strategies. It also notes that the buy-side is learning to use futures algos to help it hedge positions as well as to gain alpha. It adds that algos of the future will be able to make decisions from conditional factors including structured and unstructured data, as well as correlated and uncorrelated trends. Pairs trading algos are set to increase, but portfolio optimisation algos could also become more prominent, as well as matching trading strategies and product types based on the underlying investment strategy.

“We expect to see more cross-asset class and multi-leg trading strategies,” Yuriy Shterk, head of derivatives product management at technology provider Fidessa, told Banking Technology. “Asset managers are looking to hedge their cash position with an FX future, or to trade a future versus a Treasury, or to hedge with an equity instrument – there’s definitely a lot more of that happening.”

Whereas algo trading in equities is already virtually universal, figures provided by Tabb Group reveal that the proportion of buy-side futures orders specifically identified as algorithmic has increased from 4% in 2011 to 12% last year. The figure is expected to reach 20% by the end of 2014 and 30% by 2015. The figures only count orders where the buy-side firm specified to the broker that an algorithm should be used – not the total amount of algorithmic activity that actually takes place on the market.

The figures also reveal that DMA accounts for a huge proportion of buy-side futures trading activity – 83% in 2011 and 80% in 2013. However, the report predicts that the amount of DMA trading will go down, reaching 74% this year and only 65% next year, as high-touch trading increasingly comes into fashion in futures.

“The trend is the reverse of what we’ve seen in equities,” said Shterk. “Traditionally the buy-side has expected the sell-side to provide market access and not much more in futures. That’s starting to change, and there are many reasons – although it may be down to the improving level of technology and greater confidence on the buy-side that the sell-side has the right tools to execute futures effectively.”

The kind of algos being used is also changing. According to Shterk, whereas in the past the typical approach was to take a successful algo product from the equities market and apply it to the futures market, brokers and technology vendors are increasingly building new algos specifically for the futures market.

“People forget that futures are global and interconnected, and the markets are open 24 hours,” he said. “Futures algos were behind their equity equivalents. Now the technology is catching up, and we are seeing algos that are far better tailored to the specific needs of individual futures markets.”

Despite the supposed return of high-touch trading, figures for pure phone trading remained very low, at just 4% in 2013, a figure that is expected to stabilise at 3% for the next two years.

As with equities, regulation is also having a major effect on the way that global futures markets are traded. The G20 reform agenda in the US and in Europe has already started to drive changes as OTC derivatives are pushed towards centralised reporting and clearing and new trading venues called SEFs in the US and OTFs in Europe. Industry observers and representatives of exchanges such as CME Europe have talked about an impending ‘futurisation’ of the market for some years. According to Fidessa, that trend will continue, although it is unclear the effect this will happen on the existing swaps market.

“We don’t know how things will turn out,” said Shterk. “Will swap acitivity reduce? Different people take opposing viewpoints on that – some say they will abandon swaps and concentrate on futures, while others say they are absolutely not willing to do so. Swaps dealers are not necessarily used to trading futures, and it will take time to adapt. The truth is probably somewhere in the middle.”

Shterk added that the greater clarity of the US rules has already prompted some brokers such as ICAP to relocate to the US, based on the fact that its rules for futures trading are further developed than their European equivalents. Meanwhile last year, German exchange Eurex requested that the European Commission redouble its efforts to move forward on the derivatives reform agenda to avoid inflicting further costs on European business.