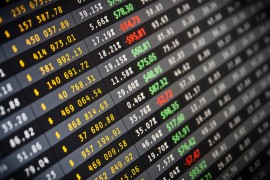 MMT will make it easier to consolidate data from multiple venues

The Market Model Typology post-trade reporting standard has been adopted as a standard by the FIX Trading Community and is now available for adoption by all market participants, bringing the possibility of a European consolidated post-trade tape a step closer.

The MMT initiative was originally launched by the Federation of European Securities Exchanges to support the implementation of the original 2010 CESR recommendations on post-trade reporting standards. Since then, it has been developed and enhanced through the collaborative efforts of exchanges, MTFs, market data vendors and trade reporting venues with the aim of standardising post-trade data and providing greater transparency.

Judith Hardt, director general of FESE said, “We are delighted that MMT has grown to the point where it can become an industry standard. We look forward to MMT being adopted beyond the exchange community, with all the benefits that it holds for end investors.”

Supporters of the standard argue that its adoption result in clean and consistent post-trade data, which is represented the same way regardless of trading venue or OTC reporting venue. MMT will make it easier to consolidate data from multiple venues to create a European consolidated post-trade tape.

As part of this effort, the FIX Protocol has been extended to support the MMT in its market data and trade reporting message suite. This enables MMT to “leverage the FIX community to broaden development and implementation” of the standard, especially to the buy and sell side. However, MMT is designed and allowed to be freely used in any protocol.

In a joint statement Jim Kaye, co-chair of the FIX Trading Community global steering committee and director of execution services at Bank of America Merrill Lynch and Simon Gallagher, chair of the MMT Steering Committee and director at Euronext, said: “Moving the MMT standard under the FIX standards ensures that it is free to use for the entire industry. It is important that the members of the FIX Trading Community broaden the development and implementation of the MMT standard and come together to resolve any future events.”