Banking on you – how wearable tech could change finance 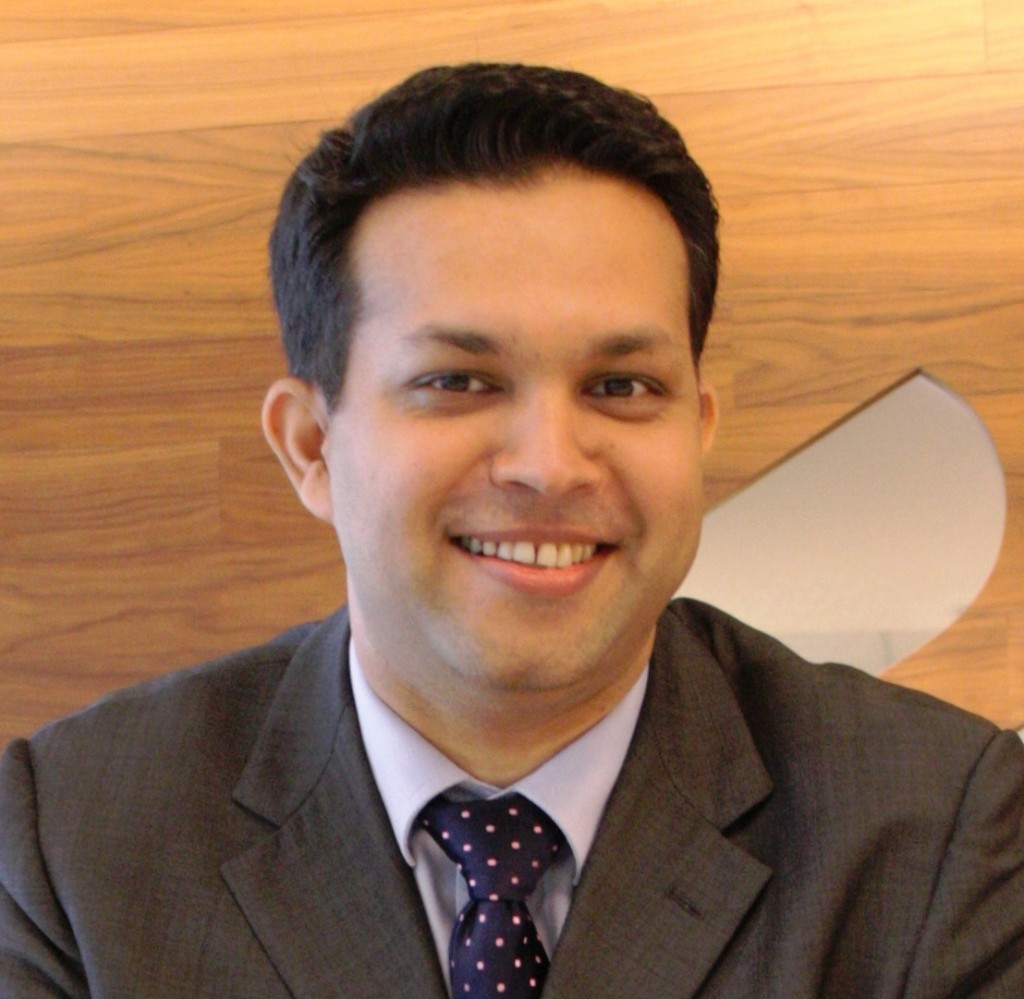 Something big is happening to the internet (and, no, I am not talking about Bitcoin though that would be a fascinating topic for another time). In a nutshell, it’s changing into something you wear rather than go to, writes Aman Narain, global head of digital banking at Standard Chartered.

‘Wearable technology’ is everywhere, from Google Glass to the much anticipated Apple iWatch and the plethora of fitness trackers including Fitbit and, my personal favourite, the Jawbone UP. More than 17 million wearable devices, including smartwatches and fitness wristbands, will ship in 2014 alone, according to Mashable.

In the last couple of years, a multitude of devices have exploded onto the scene, promising to change the way we perceive and interact with technology as profoundly as Apple’s iPhone did seven short years ago.

Wearable tech is not an isolated phenomenon, but part of the larger wave of the ‘Internet of Things’, with a potential economic impact of up to $6.2 trillion annually by 2025, according to McKinsey.

We are talking about new products and services – ‘things’ such as light switches or cookers or heart rate monitors – that are connected to the internet.

Take Withings, for example a company making smart healthcare products like weighing scales, blood-pressure monitors and activity trackers, which beam wirelessly to your smartphone. These sensory insights then feed into an ecosystem of apps that allow you to overlay the data points with those of others, such as diet, exercise and sleep, to map your health completely.

This pursuit of self-knowledge by gathering and analysing data is what Wired magazine as far back as 2007 termed the ‘quantified self’.

Business Insider estimates at 1.9 billion the current number of devices enabled for the Internet of Things, and expects this to exceed 9 billion by 2018, more than all the world’s PCs, tablets and mobile devices put together.

So, if this phenomenon is so big, when will it revolutionise the way we manage our money? If we can get our vital signs real time on any device of our choice, why should the same not be the case for our financial status?

A handful of banks have chosen to participate in wearable tech trials, such as Spain’s Banco Sabadell, which is building a prototype for Google Glass, and others who are tweaking their mobile banking apps for smart watches.

However, these moves don’t add up to a revolution. What’s needed is a complete mindset change, if financial services companies are to harness the power of this new wave in technology.

Big Data will no doubt get a lot bigger with 9 billion devices capturing our every move. Converting all this data into actionable insights for the consumer is going to make a lot of companies very successful – or, in the case of those who do nothing, possibly obsolete.

Historically, banks have been some of the richest repositories of data – but also the least likely to do something innovative with it. This is partly due to regulation, but mostly due to a self-limiting mindset prevailing in the banking industry.

Till now, consumers have accepted this status quo, but not for much longer. As they find their ‘quantified selves’ no doubt their demand for insights into their finances will increase.

It’s not merely about adding channels. Data garnered in a walled garden of omni-channel banking will not suffice. Banks will need to be able to capture data from multiple sources – not just financial transactions – and aggregate these to provide intuitive and actionable experiences for their customers.

While some may find this prospect daunting, I believe banks should to be incredibly excited about this opportunity to transform

At Standard Chartered, the most important thing we’ve learned as we’ve sought to evolve our products and services over the past three years, is that we need to collaborate with other industries in order to build great customer experiences, as our customers now expect us to be part of a seamless ecosystem of services

Are we working feverishly to be the first bank to launch a voice-enabled payments application embedded in your Fitbit or Jawbone Up?

No. Before we get that far, banks have some important challenges to address, not least the new breed of risks introduced by wearable tech. It was only last month that we saw a network of hacked devices including a fridge send spam emails to 750,000 unsuspecting, and clearly bewildered, recipients.

Clearly, this type of issue would be unacceptable in banking. Creating appropriate security standards for the Internet of Things is necessary and will take time.

Time is also needed for the ‘quantified self’ phenomenon to mature and become mainstream and not just the purview of, as the Economist wrote two years ago, ‘an eclectic mix of early adopters, fitness freaks, technology evangelists, personal-development junkies, hackers and patients suffering from a wide variety of health problems.’

However, while over-estimating the near future of the Internet of Things may be dangerous and expensive, I believe its long-term implications for financial services are profound.

We’re about to hit another massive shift in technology – a shift that will give rise to new companies, and kill or cripple those, including banks, that fail to adapt. If you don’t believe me ask anyone who used to work in a bookshop or in the record industry.

Any day now, customers may want to wear their bank. As banks, can we count on ourselves to fashion this change?