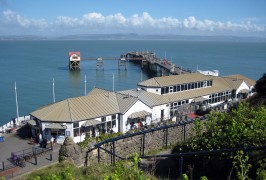 Swansea Building Society has a branch at the bottom of Newton road, Mumbles, Swansea. Situated just opposite the beach, the branch is one of a pair run by the society, which has 1,304 borrowers and 10,000 investors, most of them located within 60 miles of the head office.

Established in 1923, the Swansea is one of only three building societies in Wales, alongside Principality Building Society and Monmouthshire Building Society. While many other societies in the UK have demutualised over the years, Swansea’s own has remained focused on its local community the traditional way, through its branches. It is beginning to look at internet-based services for customers, though it has none at present.

The society has just upgraded its lending and saving platform to the latest version of vendor Sopra Banking Software’s mortgage and savings suite – a move that it says will help it to handle its regulatory reporting obligations much more effectively and launch new products very quickly when needed. The society has been with Sopra for 25 years.

“We offer a traditional service and it’s done very well over the last few years,” said Neil Rosser, deputy chief executive at Swansea Building Society. “One of the main benefits of this platform is innovation. Sopra has a very active user group – it’s used by about 50% of the UK building societies – so whatever move we might want to make next, we know that the functionality will already be there to support it. Using the Sopra software means we can get new products out very quickly which match anything being offered by the big high-street players.”

For Swansea Building Society, one of the main drivers of new products in recent years has been the arrival of government initiatives, which led to the creation of ISAs and Junior ISAs savings products. In terms of product creation, Sopra has always provided a great deal of flexibility according to Rosser, but increased regulatory reporting requirements were also an issue.

“We didn’t want to be left behind by technology and increasingly by regulatory reporting,” he said. “When it came time to install the new system, testing took six months. That’s a staggeringly long time for Swansea Building Society to be testing, but they literally did hundreds of tests. It’s been a good move for us and it couldn’t have gone much better – in fact we beat Nationwide to the implementation of the new CSR III platform by one week.”

The UK’s largest building society, Nationwide, moved its core platforms onto the cloud back in March. Since then, the building society has reported an increase in customers due to the UK Payments Council’s new seven-day account switching service.